Covid And Your Rights 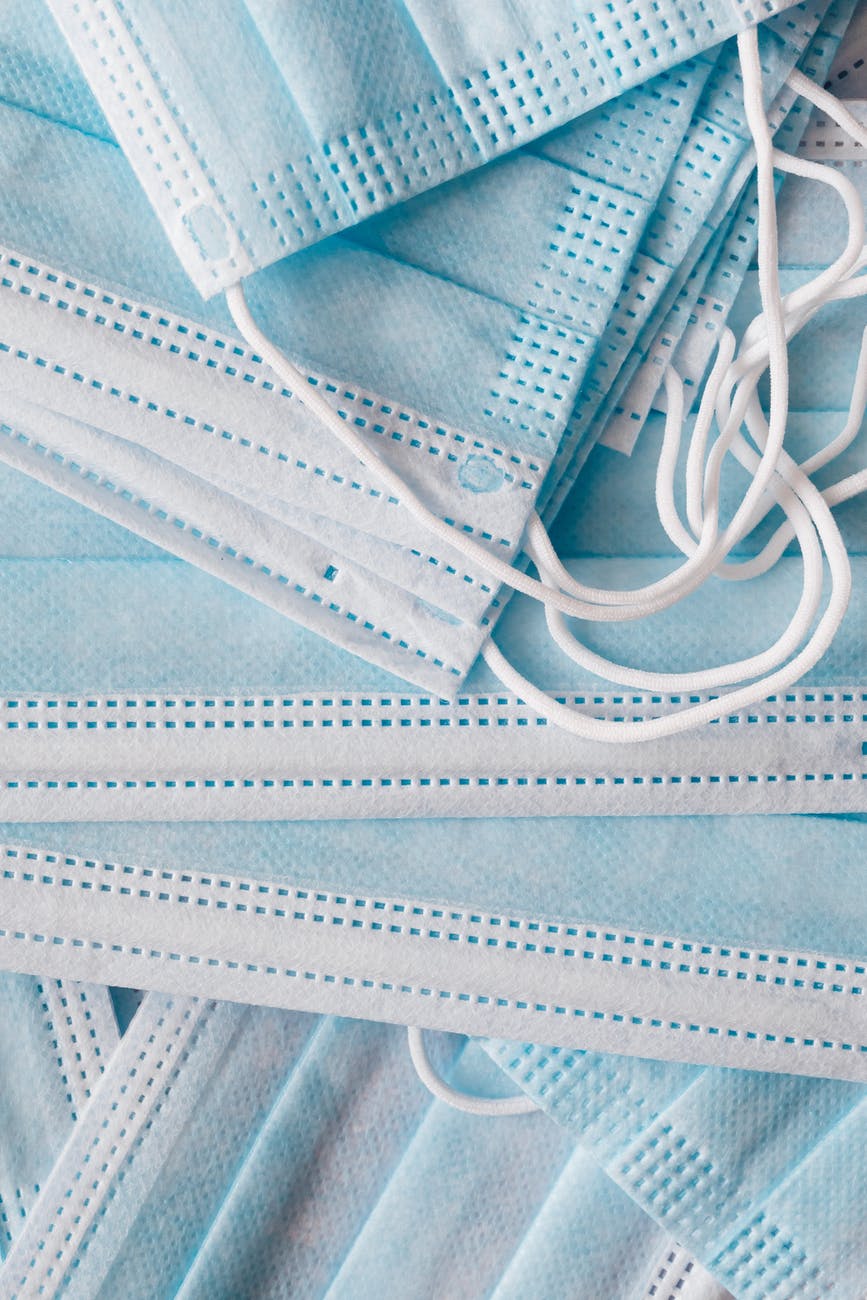 (I posted this to Facebook but for various reasons will not make it public there. Instead, I share it here).

I start by saying that I utterly detest Facebook and think it is, overall, a force for ill in our society. I maintain this account, nevertheless, because I am apparently a masochist. I used to enjoy the occasional debate on here over things but my patience is exhausted; and while debates over trivialities may remain fun, debates over fundamental truths vs. utter disinformation and lies, are not; they are not fun.

When the Hunter Biden laptop disinformation hit the NY Post a couple of weeks ago, I watched to see who would share it uncritically. At first, I considered arguing about it; but I instead opted to mute a few people and simply unfriend others. You’re not my friend if you’re busy amplifying Russian disinformation. Honestly, I don’t wish to have an association with people who would uncritically share politically irrelevant, false information based on things hacked from the iCloud account belonging to an un-political person. Consider if you were related to a political figure and someone hacked your personal accounts and released them to the world. Fuck that.

Likewise, I am now on the lookout for people damning the tightening of Covid restrictions in New York State.

Simply put: if you have a big problem with Cuomo banning in-person, maskless, un-distanced get-togethers of more than 10 people inside private homes during cold weather then you are simply too irresponsible for me to bother with you. If you would put an unknown number of people exponentially at risk because you had to have a big Thanksgiving or football party, I don’t think you are a good or responsible person. Honestly. Don’t bitch to me about what his powers are or whether he will send cops to your house – I don’t care. He does have the authority because there is a global pandemic and a state of emergency, and if you’re worried about him sending cops to check on your house that means you *want* to host a gathering such as this and you can click on that good ol’ unfriend button right now because really whom are we kidding?You are not special and your experience is not unique. Every person I know has sacrificed in some way because of this virus. Some of you are business owners, restaurateurs, etc. Some of you have loved ones in nursing homes. You have been harmed immensely. I get it. We all have put our lives on pause for over half a year in some way, and it will be next Spring before we have some hope of a slow return to normalcy, when a vaccine is made available and true herd immunity can proceed safely and responsibly, without the concomitant threat of illness.

During WW2, we fought the Nazis and Japan and this country made shared sacrifices for 4 years. We don’t have ration books right now, but I’m sure if there was a nighttime air raid alarm in the early 40s, people didn’t say they wouldn’t turn their lights off because really who were these people to tell me what to do in my own house. We are in a war right now against an invisible enemy, and it’s been like 7 months and so many of you are ready to give up, and rationalizing your premature capitulation.

So we look at the recent spike in cases and all signs point to unmasked, undistanced in-person gatherings among groups of people who have not quarantined together. At work, school, and out in the shops you have to be masked. At your house, you don’t, but if you invite outsiders in, being close and unmasked is dumb and irresponsible. So every time I see the people down the street have 10 – 15 cars parked outside for the Bills game, I am appalled. Now multiply that by how many times you’ve seen that in your experience. These parties and gatherings are why this third wave is spiking, and it is far worse in terms of case numbers than back in March when everything shut down. The easiest thing to do is keep the case number down – if you can do that, you don’t need to worry so much about hospitalizations and deaths. Plus, it’s easy.

We have sent our child back to in-person school despite having very very strong concerns and reservations about it. Teenagers are not responsible people. Nevertheless, everything went swimmingly until 3 weeks ago. We got the call from NYSDOH that she had been exposed through close contact and was quarantined and prohibited from returning to school until 11/2. Literally the next day the high school determined that so many kids were under quarantine that the whole school went remote through 11/9. The apparent culprit? An off-campus high school hockey team party that evidently took place while in Massachusetts for a game. So all of our care and caution was for naught because our lives and schedules fell at the mercy of the least responsible people associated with that school. The kicker? Despite throwing the lives of some 400 families into sudden chaos, I have zero confidence that any discipline resulted from this shameful breach of protocol. I feel like I am owed something for having to quickly re-arrange my family’s life thanks to other people’s irresponsibility – even if it is just the satisfaction of knowing the culprits were punished.

So *we* can follow all the rules and guidelines yet still get motherfucked by people too selfish and short-sighted to follow those same rules. When that happens enough – as evidenced by the current spike – someone has to impose restrictions that people refuse voluntarily to undertake. So, because some irresponsible and lazy people think it’s perfectly fine to return back to normal life – so long as it’s at home – we all now suffer, either through increased government restrictions, or through a higher likelihood of exposure to a deadly and unpredictable virus that is now killing 1,500 Americans per day. Hope that party was worth it!(And don’t get me started on the federal government’s scandalous abdication of its duties and responsibility to get this under control in all 50 states until a vaccine is available. Also, please do not lecture me about death rates or hospitalizations or hydrochloroquine or Famotidine or Vitamin D or anything of the sort. Do not condescend to explain to me that “oh well a lot of those people had other causes of death listed on their death certificates and it’s all overblown and a scam.” This just proves to me that you don’t know how a death certificate works and that you believe nonsense peddled by malignant charlatans who want you to think that everything is – and should be – back to normal. If a person with cancer catches Covid and dies from resulting pneumonia or a PE, they died from Covid, not cancer. OK? Also, please spare me the “there is no evidence of community spread among schoolkids” because I am not advocating for schools to all go remote – on the contrary, I want them to have the ability to stay in-person. I am advocating against partying and other risky maskless get-togethers outside of school hours and property.)With all of that said, here is the hard reality: you don’t have to like Cuomo and you don’t have to like what he says and you don’t have to like what he did or what he’s doing. Also? I will for the purposes of this rant concede that he fucked up with nursing homes back in March, ok? But we are so so past nursing homes and March. We had just about everything re-opened. We consistently had a positivity rate under 5%, signaling minimal community spread. People are generally good about wearing masks. So, the culprit is in-person, private, undistanced and unmasked get-togethers. I am highly confident that the current spike in WNY has its genesis in Bills parties and Halloween parties. The timing is right.

And the upshot of this is that you can spit fire at Cuomo all you want until you’re red in the face, but if this shit doesn’t get under control soon and continues to worsen, you will be fucking *wishing* for the halcyon days of Cuomo leaving just about everything open but restricting opening times and him literally begging you not to hold big parties at your house (especially indoors now that it’s cold out).Instead, if this keeps up, we’ll be back to square one – back to how it was in late March, working from home, suiting up to go to Wegmans and nowhere else. Takeout only. Schools will be remote. (I am almost positive that schools will be remote-only shortly after Thanksgiving because people will continue brazenly to flout simple requests and to irresponsibly interact in close proximity indoors without masks with people with whom they do not live.)There is nothing here to dispute or debate. I am not interested in or persuaded by your “but muh Cuomo is a dictator” shit. I am trying to keep my family safe and free from this virus, and we are following the rules which honestly are not that complicated or onerous.

Finally, here: “The White House coronavirus task force has been urging states that are virus hot spots to curtail maskless get-togethers of family and friends, saying in reports that asymptomatic attendees “cause ongoing transmission, frequently infecting multiple people in a single gathering.”