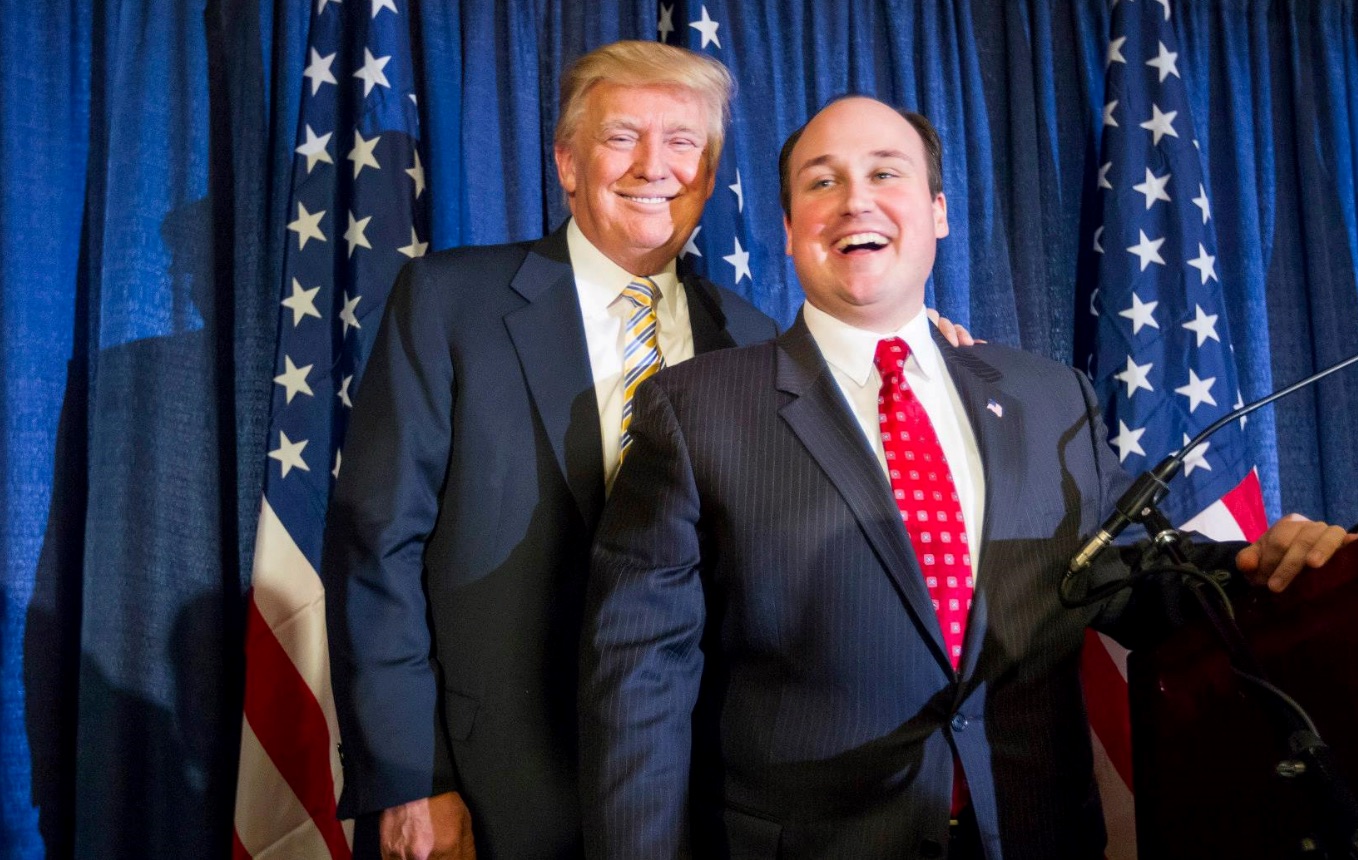 Whoever is designing the literature for the Erie County Republicans is a white nationalist. Any candidate whom this propaganda is supposed to benefit should publicly reject and denounce it.

This new alt-right “white nationalism” for which Donald Trump is the figurehead has now afflicted western New York like an aggressive cancer. Our region is segregated and racist enough as it is, so for one political party to deliberately and blatantly exploit that is worthy of nothing more than contempt.

This racist anti-immigrant hysteria is the opiate of the WBEN listening masses. We’ve gone from wink-wink dog-whistles to something much bolder and more overt. Legislature candidate Ted Morton demagogues over welfare queens and makes sure his constituents know that his opponent is, in almost as many words, a ni**er-lover. The state GOP sends around lit about how a candidate for clerk, sheriff, and comptroller are magically going to protect you from black athletes kneeling during the national anthem to protest police killings and brutality.

They have no record to run on, no positive agenda to give people a better or safer life. They aren’t even going after tax and spend liberals. Now? It’s all race-hate, all the time. They want you to know that the candidates for clerk, sheriff, and comptroller are going to protect you from those damn Messicans.

Here’s the newest piece of literature. Remember how Donald Trump started his entire Presidential campaign by demonizing Mexicans and calling for the construction of a border wall? We’ll start with an unintentionally hilarious image of what appear to be migrants thwarting that wall by climbing it.

The image is copyrighted by the Associated Press and shows Mexican immigrants climbing over a border wall in Tijuana in 1991. Hope they paid to use it!

The premise is that Trump’s border wall – a device obsolete before it’s even built – is going to protect a community 2,000 miles away that doesn’t have a big problem with illegal Mexican and Central American immigration. If anything, we complain about the decline in our population, and contrary to what WBEN and the Republicans tell you, there is no “invasion” of WNY by long-haired Mexican kids from 1991 who are going to come here and take those menial dishwashing and farm jobs your white kids in Lancaster covet.

It also demagogues the issue of Erie County being a “sanctuary county”. As it stands, local, state, and county law enforcement are already prohibited from asking someone for their citizenship information. You’re not required to carry your passport around, and the only time a cop can ask to see your papers is when he has at least a reasonable suspicion that a crime has been committed, or it’s a traffic stop. Under neither circumstance is a regular cop empowered to detain anyone over immigration status. We leave that up to ICE and other Federal agencies. Convict/Sheriff Joe Arpaio tried to do it, and was shut down.

Erie County (and Buffalo) is not a “sanctuary county”. Ted Morton introduced a resolution in the legislature, which died in committee, to preempt any attempt to turn Erie County into one. Sanctuary status would also allow undocumented immigrants to assist law enforcement with the investigation of crimes without fear of deportation or arrest.

To put it bluntly, neither illegal immigration nor the presence of undocumented migrants is a pressing problem in Erie County. This is a non-issue that these people are bringing up in order to stoke anti-immigrant sentiment in a region that struggles with its post-industrial transition. It’s awful. Everybody knows it’s awful. He used statistics cited from the Center for Immigration Studies, which was founded and funded by a white supremacist. It’s a disgrace, and it has no business in this body.

Sanctuary cities are pronouncements from elected officials who are encouraging their law enforcement not to follow through on certain rules, but it’s not set policy. So you can’t have an anti-policy of a policy that doesn’t exist. Also it’s a resolution so it’s not binding. It literally makes no sense at all.

It’s just white supremacist propaganda. It’s bullshit. By the way, the “Center for Immigration Studies” was founded as a spin-off from a Holocaust denier.

The Republicans’ white nationalist lit suggests that this non-existent liberal push to turn Erie County into a “sanctuary county” would lead to increased crime, loss of jobs, pressure on school districts, and an “explosion” (nice imagery) in costs of welfare and Medicaid. Them against us. Invasion. Crime. They took our jobs. They’re sending their kids to our schools. They’re going to collect welfare. This isn’t directed, by the way, at one subset of immigrants – this is an attack on all immigrants, regardless of visa status or country of origin.

Again, I don’t know how Mickey Kearns is going to direct his file clerks and DMV workers to set federal immigration policy, and I don’t know how Stefan Mychajliw is going to comptrol these Mexicans away, but Sheriff Tim Howard has weighed in on this. When Governor Cuomo issued an Executive Order reiterating that state, county, and local police can’t inquire into someone’s immigration status, Howard said he would affirmatively and deliberately disobey the Governor’s order. The job of the sheriff is to enforce the law, not to set – or thwart – policy. A sheriff’s deputy has no authority to enforce federal immigration laws. Being in the country without proper documentation or visa is not a crime defined in any municipal or state statute; it is a violation of federal immigration law, and anyone apprehended by ICE goes to the immigration detention center in Batavia, not to the county lock-up.

This is an issue where the sheriff has pledged to disobey the constitutional order of New York State, and our federalist system whereby Washington and its agents set and enforce immigration policy.

But all of that is nuance. What’s really going on? The Republicans in this region are doubling down on the anti-immigrant sentiment and outright racism that Donald Trump stands for. If western New Yorkers reward this sort of behavior, we can take that “City of Good Neighbors” thing and relegate it to the nearest landfill. You flirt with this sort of white nationalism at your peril.