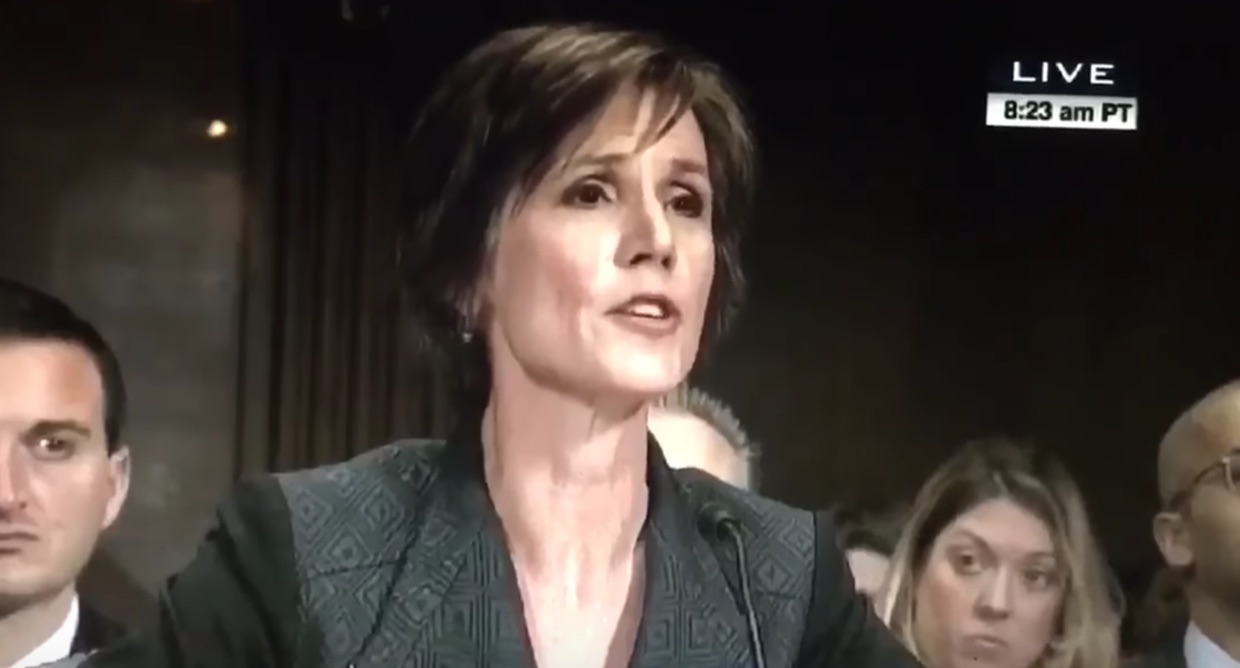 Flash back to her Senate confirmation hearing in 2015, when Trump’s current nominee for Attorney General, Senator Jeff Sessions (R-AL), inquired of Yates:

He asked Yates if she would be willing to defy the orders of the President if he asked her to do anything illegal or unlawful. She replied that an Attorney General has an “obligation to follow the law and the Constitution, and to give independent legal advice to the President.” Trump fired her for doing just that.