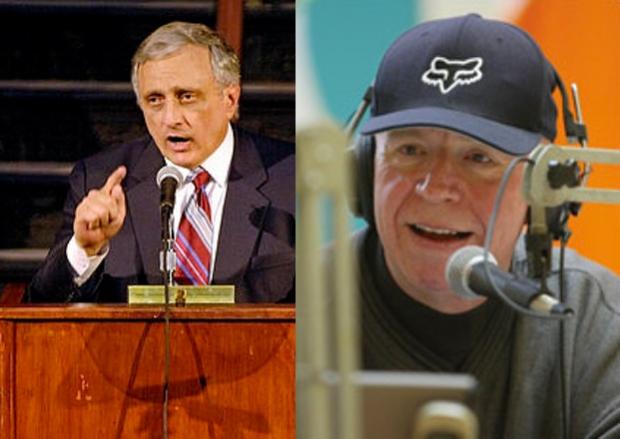 I never thought I’d be praising WBEN’s Sandy Beach for aggressively taking on dumb people and racism, but this Joe Mascia thing seems to have brought out the best in him. Late last week, Beach eviscerated Mascia himself, who called in as part of his fauxpology tour. On Wednesday night, however, Carl “Damn Asians” Paladino expressed his continuing support for the deadbeat Mascia, and Beach took that up as his topic on Thursday. Indeed, I saw a lot of Carl cultists expressing dismay and disbelief over that decision.

The list of people defending Mascia is small and malevolent.

Paladino called in sometime just before lunchtime Thursday and it was a simply jaw-dropping call. It left Paladino hanging up sounding defeated. Here is the audio:

I also live-Tweeted it:

I heard David Bellavia bring up the topic generally, pivoting it into a discussion about a typical WBEN trope – political correctness run amok. It’s the excuse Carl tried to use, and it’s weak.

It’s weak because nine times out of ten, the people whining about being victims of “political correctness” are defending themselves for having behaved like assholes. I posited it this way for Bellavia: there’s a fine line between “political correctness run amok” and common human decency. One example I heard on the afternoon drive was about how Seinfeld can’t perform at colleges because these kids are so PC, and a caller called these people “weak”. No. The difference is that the younger generation doesn’t want to be treated like shit by some asshole.

That right there is, to me, the central theme of the anti-PC whinging – it’s people defending their right to be complete assholes to other people. We see it, for instance, in Lancaster with the “Redskins” controversy. Calling your team a racist epithet may have been just swell, or the bee’s knees 70 years ago, but we’ve evolved as a society to the point where it’s not ok to denigrate American Indians, or to treat them as less than people. We’ve grown to the point (or, at least, we’re trying) where we acknowledge their basic humanity. The people whining about how the effort to change the name to the “Legends” is PC run amok are merely fighting for their ability to continue to be assholes about Native American people.

Coming back to l’affaire Mascia, Carl Paladino whining like a baby to Sandy Beach about “political correct liberals” is shorthand for his true intent, which is to defend and excuse Joe Mascia’s asshole behavior.

Is it PC to complain or condemn someone calling an Italian a “wop”, a Jewish person a “kike”, a Black person a “nigger”? Well, I suppose it is, within the dictionary definition – the use of those epithets is improper, inappropriate, and disqualifies anyone from running for public office. If you willingly use words that dehumanize an entire group of people, you are not fit to serve anyone. But is it unreasonable political correctness? Absolutely not – again, condemnation of someone using racial epithets, or someone who deliberately picks on an entire race of people to make a falsely and inaccurately lie about how they are subsidized by taxpayers or steal college slots from American kids, that’s you being an asshole, and people are right to condemn you for being an asshole. If your defense is, “you’re PC!” rather than, “sorry I lied and picked on an entire race of people who look different than I”, then you’re just an old joke of a fossil.

Carl Paladino and Joe Mascia may have grown up in old Italian families, but just because your forefathers might have called black people “tizzun” or “nigger” doesn’t give you some special license to continue the practice. That, after all, was Paladino’s best defense. It was laughable, and frankly raises the question of whether he uses that word himself, coming from a similar background. The outrageous logic – Paladino said what Mascia did was ok because he was only calling individual black people “nigger”, not the whole race. It was likely the stupidest thing I heard in a week of unrelenting stupidity.