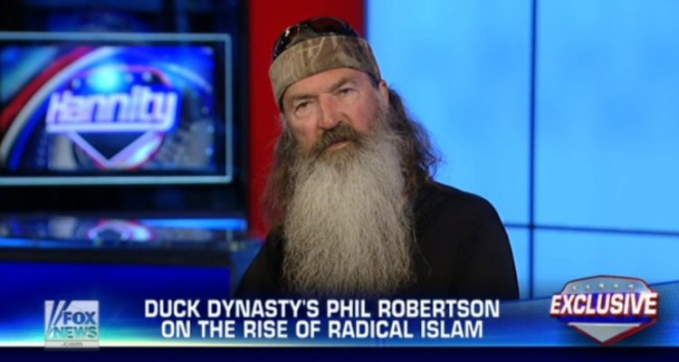 Yesterday afternoon, after my kid got in some epic sledding, we stopped in at our local coffee shop for some hot chocolate. This coffee shop is all decked out in a sort of eclectic-ish, faux-Nepalese decor, and it was pretty empty, except for a guy working on his laptop and two middle-aged guys seated at the table behind us.

The four of us were warming up and chatting when the conversation behind us became suddenly audible. “I’m telling you, Obama is deliberately ruining this country” said the guy who was facing our direction. “We’re going to end up just like France if this keeps up”, he continued. There was some more generic Obamaphobia before he launched into a diatribe about how immigrants like the Irish and Italians never “strapped on bombs” like these “people from Yemen” coming here now, who even have their own supermarkets and whatnot.

I am not about to get into an argument with ignorant stranger 1 and 2, so at that, I just told my family I couldn’t listen to this conversation behind me, and got up to leave. I might have repeated that as I came back to get them after I threw out my trash. Worse than second-hand smoke, I was escaping the effects of second-hand hatred.

But seriously, I’m obviously not going to argue with some stranger in the hippie-ish coffee shop, but I didn’t want to listen to anti-immigrant, racist, ignorant garbage. It’s like when you’re listening to WBEN to get the traffic and weather, and then the host comes back on and the topic is whatever Tim Wenger skimmed on Breitbart that morning. So I did what I usually do – I turned the dial. Only in real life, by leaving the coffee shop.

I mean, I could have explained to this guy how the US has absolutely nothing culturally, nationally, politically, racially, or ethnically in common with France. I could ask, “what’s so bad about France, anyway?” I could have suggested that this guy read up on France’s colonial history and ask himself why it would have Arab Muslim immigrants who were poorly assimilated into an otherwise homogeneous nation-state. Perhaps I might have pointed out how other immigrant groups had histories of violence (the Mafia, the Westies), and even their own ethnic groceries (Guercio’s, Redlinski’s, Hoowa), yet no one finds any of that to be indicative of ingrained, genetic homicidal behavior or refusal to assimilate. As this guy moaned about those violent Muslims, I could have mentioned how many mass killings have taken place at the hands of Christians – everything from the pogroms to Eric Rudolph to Srebrenica to the Spanish Inquisition to the Army of God/Christian Identity/Christian Patriot types.

The conversation at home, however, was better than that. We talked about the Christmas break and the summer ahead, and how we’re going to the Detroit car show for the first time in several years. We talked about things having to do with the excitement and love of life, fear and hatred.

So, what do you do when a Limbaugh show breaks out in your neighborhood coffee shop?