Maziarz in the Niagara Falls Reporter 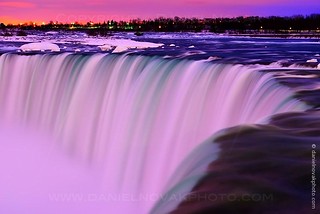 The founder and Californian former editor of the now-gynophobic Niagara Falls Reporter, has only good things to say about his friend, Senator George Maziarz, who is retiring under a cloud of suspicion.  Maziarz is under federal investigation for allegedly converting campaign funds to personal use.

No one doubts that Maziarz is a personable guy or that his office was excellent at constituent service. The question is whether he misappropriated campaign money. Lucky for Maziarz, he’s got $1 million in campaign funds that he can use to hire excellent criminal defense counsel.

The Reporter‘s founder is very self-righteous about corrupt politicians, except the ones he likes. For instance, you’ll likely not find a less corrupt politician than Paul Dyster, yet he is savagely attacked on a weekly basis for the crime of trying to do right by a horribly troubled city. While the Reporter almost single-handedly led to former Mayor Aniello’s indictment and conviction on election fraud (accepting a $40,000 sweetheart “loan” from a Niagara County businessman), it has nothing at all negative to say about Maziarz and the allegations against him. Any other pol would be savagely pilloried.

Either way, Mike Hudson moved 3,000 miles away, and although his byline occasionally appears in the Reporter, he’s divested himself from any Niagara or WNY worry.

Oh, and there’s also this, from Maziarz’s latest campaign disclosure:

You know, when I was writing nice things about Jon Powers, it was because I supported him and his platform. I gave money to him – not the other way around.