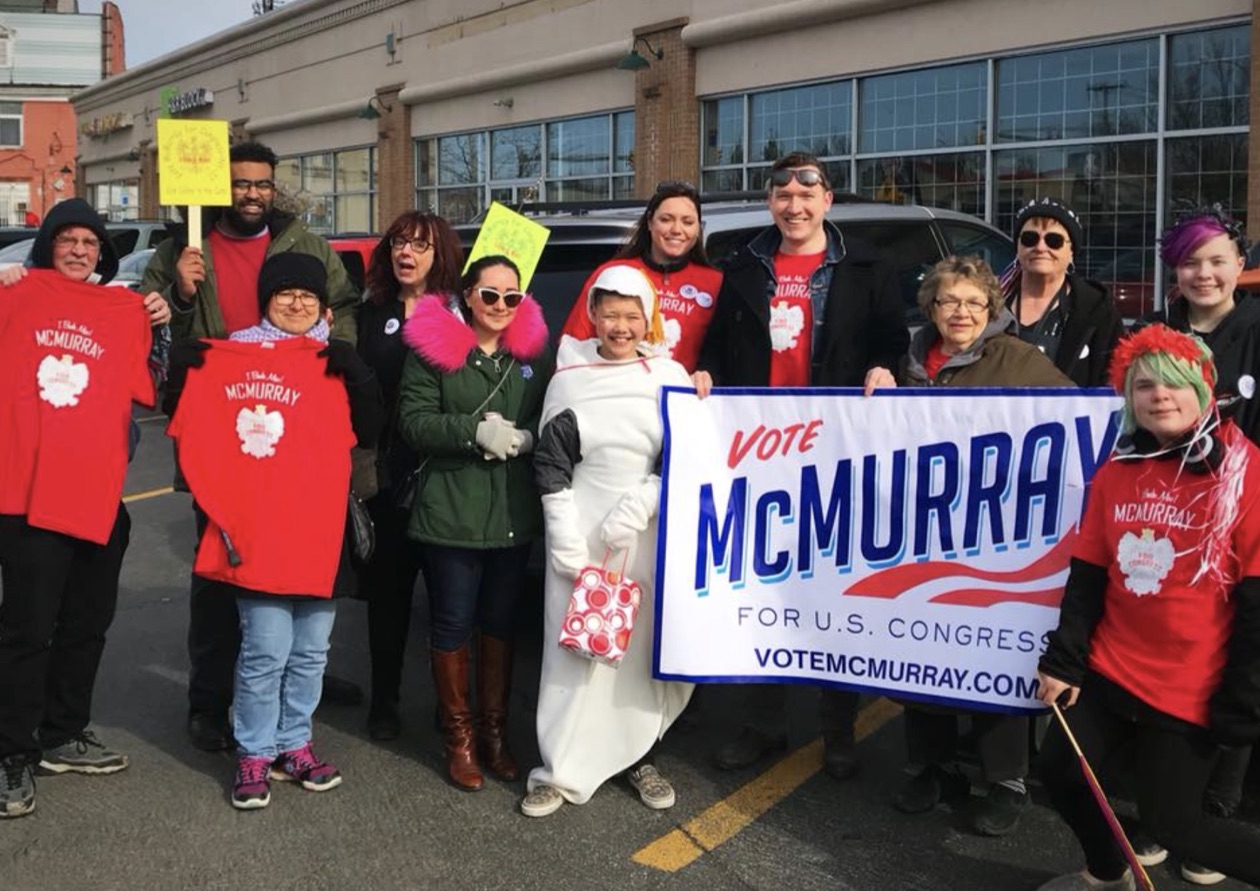 What a bombshell, right? “Last minute efforts are underway” to replace Nate McMurray, the Democratic challenger to Chris Collins, with former Congresswoman and current Lieutenant Governor Kathy Hochul. McCarthy indicates that Hochul’s people were unavailable for comment, but omits any mention of McMurray’s campaign. The whole thing was worded to make it seem like a fait accompli – omitting McMurray made it seem as if they had somehow confirmed the story. McCarthy says he has two sources! Efforts are “underway”.  It’s a done deal, people!

Within seconds, I had McMurray on the phone and he vehemently denied that he was stepping aside. McCarthy later posted a story to the Buffalo News site going into more detail about this story, but the damage was already done.

Democrats are in disarray! They are disappointed with McMurray, whose fundraising figures, released this week, were lackluster compared even to the guys who stepped aside in the race! McMurray was a placeholder for Hochul this whole time! With one ill-worded, semi-accurate Tweet, the Buffalo News’ coiumnist had done someone’s work for them, and helped sink the Democrats in the process.

Did Illuzzi call from the grave? Did Pigeon call so he could help some crony get a job?

Here’s how the story goes: the rumor comes courtesy of Governor Andrew Cuomo. Seeing a challenge from the left from current Working Families Party endorsee Cynthia Nixon, Cuomo knows he’s got trouble downstate. In the City and its environs, there’s not a lot of love for Hamburg’s Kathy Hochul, and she may be especially vulnerable in the Lieutenant Governor’s race against the WFP candidate, Brooklyn’s Jumaane Williams. City residents don’t care about the SAFE Act or Buffalo Billions shenanigans, but they do care about the fact that the state-run MTA is falling apart and affecting people’s ability to get on with their lives. Nixon has siezed on that issue.

The Governor primarily tasked former Assemblyman and more recent Empire State Development executive Sam Hoyt to be the point man to cajole McMurray to hand the race over to Hochul. This would solve Cuomo’s “I need a leftist” problem downstate, and give Hochul an exciting re-match in a suddenly and unexpectedly competitive NY-27 race.

Cuomo’s emissaries spent the weekend alternately offering McMurray the sun, moon, and stars, and mixing a little bad cop in the mix, too.

McMurray had already been viewed suspiciously by some in the anti-Collins coalition because he was endorsed by party bosses over people like Sean Bunny and Nick Stankevich, who had announced their candidacies earlier. It would be sheer insanity for McMurray now to do the same in favor of Hochul. Not only would it underscore a “Democrats can’t shoot straight” narrative, but McMurray and his people just spent a month or so collecting signatures in the snow for him; not for Kathy Hochul. The governor’s exercise was an insult to the grassroots that has coalesced behind McMurray in recent weeks.

As an aside, I like and respect Kathy Hochul and love that she still represents our interests in Albany. I don’t believe she was the impetus behind this effort – I have heard nothing to indicate this to be the case. This was more about Cuomo’s war on two fronts, rather than Hochul wanting in on a rematch against Collins.

If Andrew Cuomo is spooked by Cynthia Nixon, that’s not a problem that he’s going to solve by strong-arming plucky Congressional challengers in a rural upstate race. It is unconscionable that he attempted to toy with this race in this way – first, do not harm. The harm here is incalculable, not because of the clumsy effort to shunt McMurray aside – that could have come and gone without a peep. The harm comes from the idiotic and ill-considered yammering to McCarthy’s dutiful transcription service, which took to twitter to word it as a done deal.

The Republicans are already crowing about McMurray’s fundraising. We really could have done without the Democratic Governor giving them even more nonsense about which to crow.

I won’t be sold on Cynthia Nixon until she visits an upstate city not called “Albany” Buffalo and sets out her platform for areas not within the five boroughs, but right now I’ve lost an amazing volume of respect for the Governor, and Nixon’s job just got a whole lot easier. After all, she’s not gone to the media to sabotage any local Democratic campaigns, of which I’m aware. (Updated to reflect that she did, in fact, visit Syracuse on 4/5, and Rochester on 4/6. She has not, however, visited Buffalo nor mentioned it in any meaningful way.)