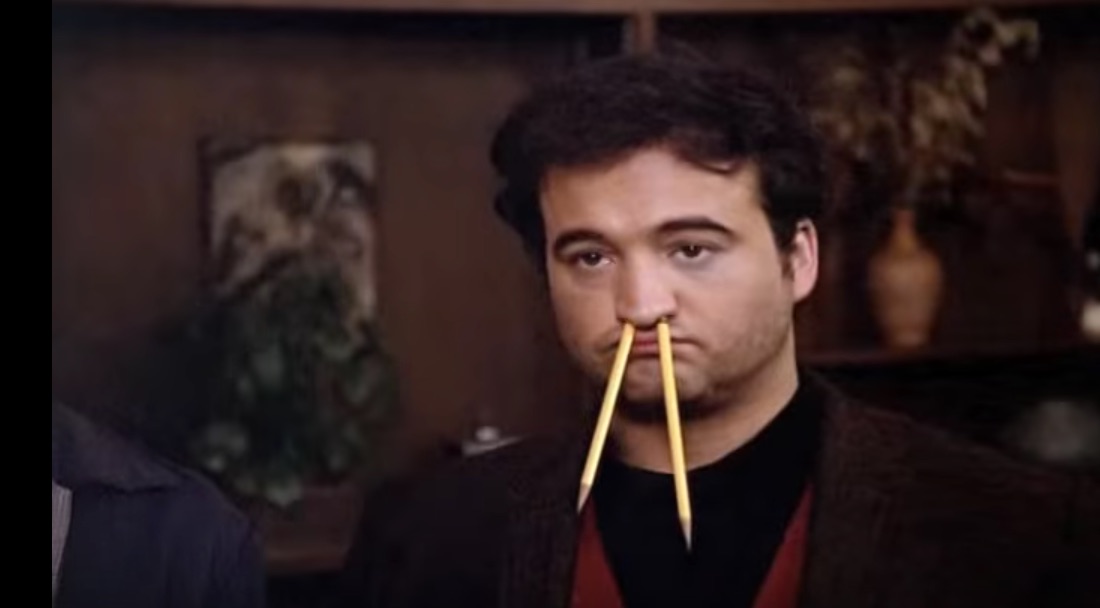 In 2015, Niagara Falls resident Rus Thompson found himself purged from the voter registration rolls on Grand Island. This is as it should be; it was done in October 2014 at his wife’s request, when she informed the Erie County Board of Elections that they had moved to Niagara County.

Yet, Thompson still wanted to vote in Erie County. After all, he had spent the better part of the year working to oust every elected Republican in Grand Island – including, but not limited to, former Supervisor Mary Cooke – and what’s the point of all that if you don’t have the right to vote?

So, Rus Thompson voted in the 2015 primary election, the 2015 general election, and possibly in the 2016 Presidential election on Grand Island, a place where he hadn’t lived since he was evicted from his home there in the fall of 2014. When his name wasn’t in the book of registered voters, he filled out an affidavit ballot, swearing an oath tto God that he had been living at his Bedell Road address on Grand Island, “for at least 30 days before the election.”

Except, he hadn’t. He lied under oath; perjured himself. The oath very clearly states that the penalty is a fine and prison term. All of the relevant documentation is available here.

Rus appeared before Supreme Court Justice Christopher Burns today, where prosecutors offered him a plea down to false voter registration. Per the Election Law,

Rus Thompson attempted to vote in a municipality where he didn’t live for any of the 30 days preceding the election. It’s a pretty clear violation of the law. Thompson can have his entire entourage show up and call this an improper witch hunt, but I find the tea party’s sudden disregard for anti-voter fraud laws amusing and ironic.

“(He) Went to his polling place to vote in the primary as he always does. He went there, he was told his name was not on the voter registration. He used an old address so he could vote where he always has and chooses to vote. He’s now being prosecuted for that in the felony posture. This statue is seldom if ever used, we believe there are four of five reported cases since Susan B. Anthony in the 1850s who was prosecuted under this very statute.”

He used an “old address” to vote “where he always has and chooses to vote”.

Why is Tom Eoannou setting forth to the media facts to establish that his client knowingly and intentionally committed voter fraud? It’s likely that there are few reported cases regarding Election Law § 5–210(6) because it’s black-letter law; there’s nothing controversial about it, and there’s nothing complicated about its plain language. You vote where you live. You register where you live. To vote in an election, you must have lived at the appropriate address for at least the preceding 30 days.

Susan B. Anthony was tried for illegal voting in 1872 at a time when females were disenfranchised. The comparison is misogynistic in its falsity. Susan B. Anthony was fighting for a right to which she was entitled, but that government was denying her. Rus Thompson is not – was not – never has been disenfranchised. He lived on Grand Island for years, and had the vote.

When he moved to Niagara Falls, there was absolutely nothing stopping Thompson from re-registering at his new address.  He was not denied the right to register in Niagara County. He was not disenfranchised in any way, except perhaps by his own laziness, stupidity, or criminality; maybe all three.

Rus Thompson was going to ensure that he cast his vote for the liberal Democrat he endorsed for Grand Island town Supervisor in 2015, regardless of his eligibility to do so. His race was the Dyster election in Niagara Falls, not anything on Grand Island. He didn’t do it by accident; he did it knowingly and intentionally. He did it repeatedly.

The matter now goes to the Grand Jury, where a panel of citizens will decide whether probable cause exists that Rus Thompson committed an election law felony. If indicted, Thompson can take a plea or take the matter to trial. All of the tea partiers who yell about how brown people need to show ID to vote in case they’re illegal or ISISMUSLIMS all of a sudden think voter fraud is no big deal.

To those who think that the prosecution of Rus Thompson for voter fraud amounts to political persecution, get over yourselves. Rus Thompson torches every political bridge he’s ever had – except the to Paladino’s wallet. He is as reviled on the right as he is on the left; perhaps more. He is a political wannabe who shit-talks people behind their backs while pretending to be an ally. His political batting average is straight-up Delta House zero-point-zero. He and his band of tea party Trumpistas traipse around the eastern seaboard flexing non-existent political muscle and lording it over the trained, paid aides who use math and science to get people elected, rather than Facebook posts and slogans scrawled on napkins.

Rus Thompson repeatedly voted in a town where he hadn’t lived for a year. That’s a crime. If you want to say it should be treated like a misdemeanor rather than a felony, whatever. I don’t care. But don’t tell me it’s a politically-motivated witch-hunt lest you sound like an imbecile.

UPDATE: Apologist for people who lie under oath Carl Paladino appeared on WBEN Friday afternoon to make excuse after excuse for Thompson. The one he and the host most commonly went back to is Rus’ apparent side of the story: he went to vote on Grand Island in his usual spot (despite having moved away a year prior). Since he and his missus had been evicted, they were looking for a new place on Grand Island.

Rus figured he would go to his old polling place and go ahead and vote there because he’ll vote wherever the hell he wants to, like the Founders intended. Since everyone knows Rus there, and his name wasn’t in the book, and they figured he still lived on Grand Island (not everyone is up to speed on Thompson’s whereabouts and evictions), they told him to use an affidavit. So, he did. And everyone smiled and had a glorious time. The problem is that Rus didn’t live on Grand Island, and the elections inspectors would have had no reason to know that. He certainly didn’t seem to go out of his way to let them know, and the burden was on him to follow the law and tell the truth while under oath.

Again – If you’re in court, he’s innocent until proven guilty. He may or may not be indicted. Maybe it’s something that should be treated as a misdemeanor. That’s all about giving Rus a break, because he’s saying he lied under oath out of stupidity or ignorance, rather than malice. The funniest part of the jihad that Carl and Bauerle declared on acting DA Flaherty is that Flaherty has been sniffing around to get the Republican line.

All the while, Carl Paladino made a complete fool of himself on WBEN pining for the good old days of Frank Clark and Frank Sedita, when Erie County Districts Attorney didn’t bother to prosecute crimes involving violations of the election law.