the EXEGESIS of McCarthy on Collins 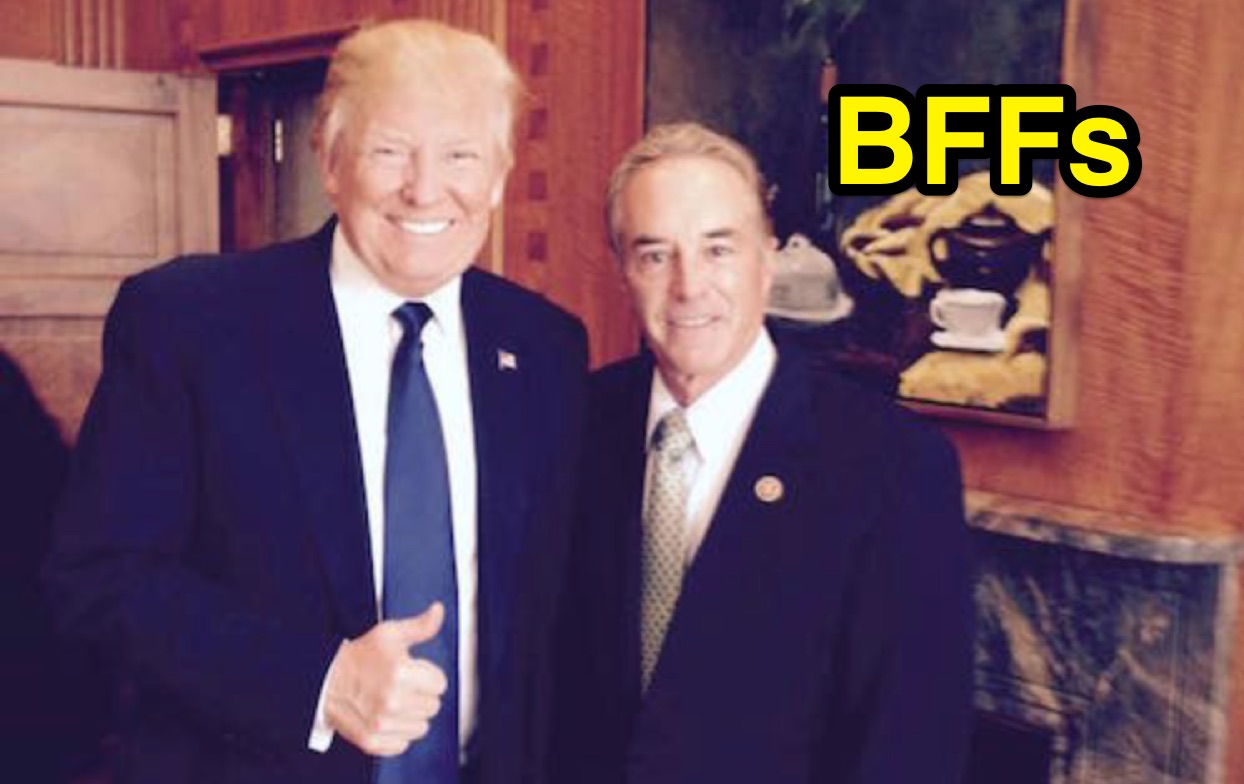 Chris Collins pleaded guilty in Federal Court to committing crimes. He was sentenced to prison.

Like starting up an old, garaged jalopy, Bob McCarthy took one more opportunity to just talk to Collins and then transcribe whatever he says. It was the stuff you’d expect to see in the lifestyles section of the paper. The Buffalo Spree is publishing more interesting political pieces than this nowadays, and it seems to me to be the yang to the yin that has been Jerry Zremski’s excellent reporting on the Innate Immunotherapeutics scandal that brought down the Collins crime syndicate.

For over a year – from the date of Collins’ August 2018 indictment, until he ultimately pleaded guilty in late 2019 – the people of the 27th Congressional district had no de facto representation – we had a liar purporting to represent us in Washington. We had a man in office who was distracted by his own illegalities and criminal defense strategies. When he resigned in disgrace, we then had no de jure representation until the special election in June and subsequent swearing-in of Chris Jacobs.

Chris Collins does not deserve anyone’s respect or sympathy. At least, not until he has satisfied his debt to society. Not until he has apologized to the constituents he conned and disrespected.

But when Chris Collins holds a pity party over the phone with Bob McCarthy, we get all of that in spades. Collins is still rich. He still lives in his Florida mansion. His wife and kids will be looked after. He will be serving his time at a Club Fed facility in Florida – 17 months if he’s a good boy, despite a sentence of 26. But he’s still got gripes.

And he is fearful. He does not want his 17-month incarceration – the time he expects to serve based on his imposed sentence of 26 months – to turn into a “death sentence.”

“I’m 70 years old with asthma and hypertension, and it’s senior citizens that we’re supposed to worry about,” he said while driving to Pensacola on Monday. “That’s me.

There are thousands of convicted criminals in federal prisons who are trying not to catch Covid-19, and there is nothing in the eyes of the law that makes Chris Collins more special than them, or entitled to special treatment. And this is not going to be hard time.

Beginning at 2 p.m. Tuesday, Collins – a multimillionaire – reports to the prison camp in the Florida panhandle. He notes it has no hardened prisoners, no barbed wire and few guards.

“I’ll have some buddies to talk to in the morning, have a cup of coffee and read the paper – almost what you do in retirement,” he said. “You actually make good friends. Everyone there has made a mistake. They have regrets related to that mistake. But most everyone everyone has done good things in their lives, and I know I’ve done a lot of good things.

“My family is with me. It’s not like I did something that made them destitute. My family is stronger now than it’s ever been.”

He should be counting his blessings. Any sympathy should be reserved for the victims who lost everything in the Innate Immunotherapeutics collapse and who did not have the benefit of inside information to try and minimize their losses. Any sympathy should be reserved for the people living in the 27th Congressional District, who were owed Collins’ bona fide representation and hard work but instead were lied to and cheated; cheated most importantly during that critical period from January through June of this year as the federal government learned about then lied about Covid-19 and then completely bungled the federal response.

This morning, I woke up in my house. I enjoyed a nice cup of coffee, free from direct government supervision. Then I went exactly where I damn well pleased. Chris Collins, who always had to be the smartest wiseass in any room, did not.