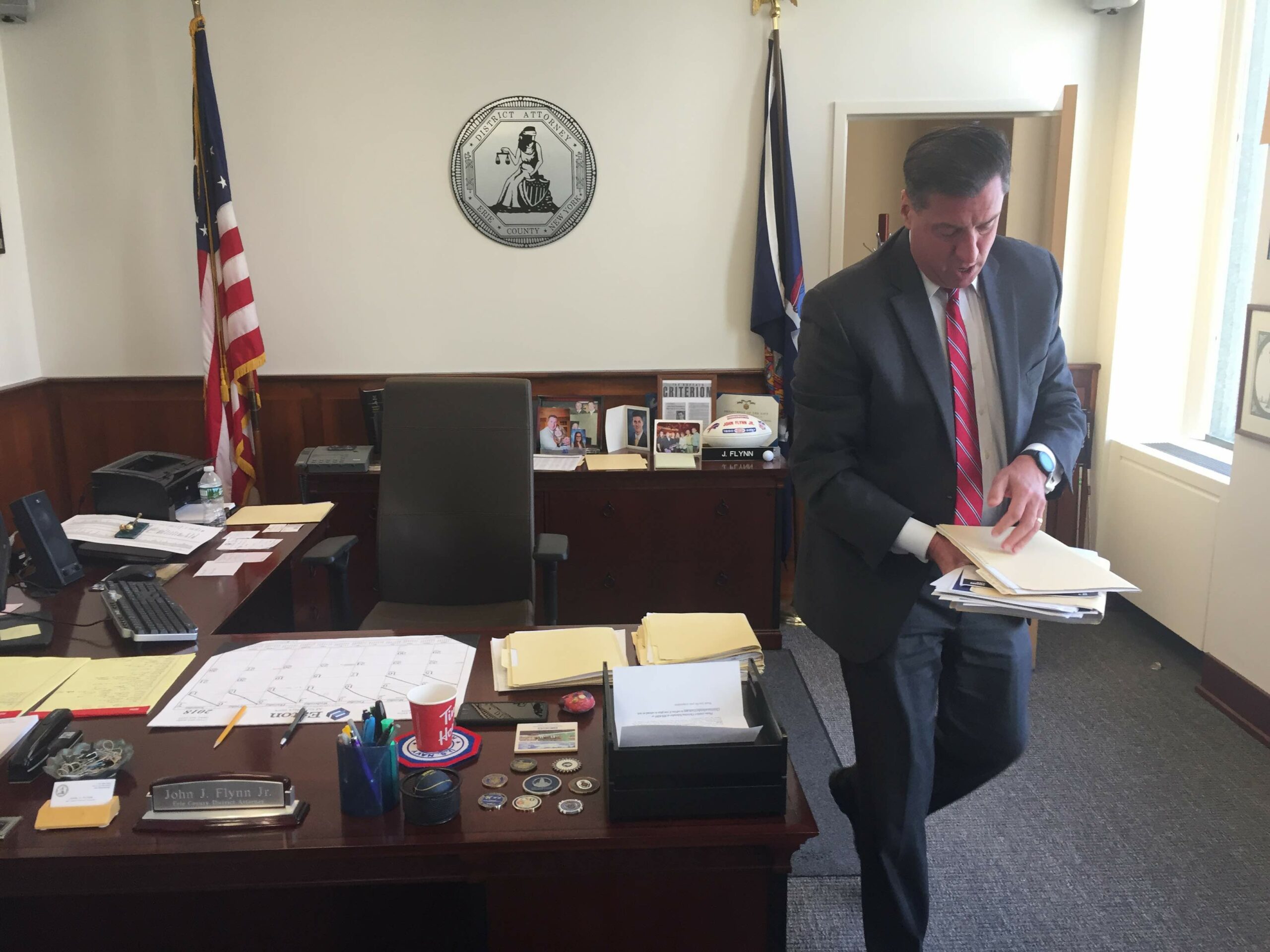 Between the semi-lucid staccato of hate from our racist white nationalist kleptocratic would-be dictator of a President, and the Republican Congress’ bare attempt to cut taxes for their donors and raise them on the middle class, there are too many horrific things happening in and to this country to keep up. This is an annus horribilis for the United States.

Today, Special Counsel Robert Mueller announced that former Trump National Security Adviser Michael Flynn was being charged with – and would plead guilty to – a count of lying to the FBI. Flynn is a retired Army Lieutenant General, whom President Obama appointed to lead the Defense Intelligence Agency in 2012. Obama fired Flynn from the DIA in 2014, and Flynn started a private consulting firm. He later joined the Trump campaign as a surrogate and advisor, and served President Trump from January 20 – February 13th as a National Security Advisor.

The brief nature of Flynn’s tenure was unprecedented, and his dismissal was brought about because he had lied to Vice President Pence about his contacts with Russian Ambassador Sergei Kislyak. In December 2015, Kremlin-controlled propaganda outlet RT paid Flynn $45,000 to attend a gala and give a speech about US/Russia relations. Russian President Vladimir Putin dined with Flynn and Green Party Presidential candidate Jill Stein.

Flynn’s company had been hired by businesspeople close to Turkish President Erdogan in order to, among other things, kidnap and exfiltrate one of Erdogan’s political foes,  Flynn wrote this op/ed backing Erdogan without disclosing his financial interest in the matter.  The HIll’s version of the op/ed adds this disclaimer:

On March 8, 2017, four months after this article was published, General Flynn filed documents with the Federal government indicating that he earned $530,000 last fall for consulting work that might have aided the government of Turkey. In the filings, Flynn disclosed that he had received payments from Inovo BV, a Dutch company owned by a Turkish businessman with ties to Turkey’s president and that Inovo reviewed the draft before it was submitted to The Hill. Neither General Flynn nor his representatives disclosed this information when the essay was submitted.

Flynn was forced to register as a foreign agent. At all times during which he was advising the current President of the United States, Michael Flynn was a paid shill for autocratic foreign governments. In early January, Flynn sought a delay of a planned allied attack on the ISIS stronghold of Raqqa, ostensibly due to his Turkish government patrons’ objection to the use of Kurdish Peshmerga in the operation. As a retired military intelligence officer, Flynn was supposed to run all foreign payments through the State Department and Pentagon. In December 2016, Flynn met with the leader of Austria’s far-right nationalist Freedom Party, which had executed a cooperation pact with Vladimir Putin’s “United Russia” Party.

There exists in the West a recent, contemporary pattern of far-right parties and entities collaborating with Putin’s United Russia ruling party in an effort to undermine democratic institutions in those countries, to sow division, and ultimately to help break up international agreements such as the European Union and NATO, which pose financial and economic threats to Putin’s oligarchy. This informs why candidate Trump heaped scorn on NATO and cheered Brexit in 2016. Wikileak’s Julian Assange is part of this movement, and they have their myriad useful idiots in the United States, and at least one of them is the current occupant of the Oval Office. Marine Le Pen’s FN, Italy’s breakaway Lega Nord, Germany’d anti-immigrant AfD, Greece’s Golden Dawn, Hungary’s Jobbik, UKIP, Belgium’s Vlaams Belang (VB) are all aligned with Putin. They are either ultra right-wing nationalist, anti-immigrant parties, and/or Euroskeptic; i.e., opposed to membership in the European Union. All of them oppose sanctions on Russia, and oppose closer EU ties with Ukraine.

In October 2016, Russian intelligence attempted to orchestrate a coup d’etat and to murder the Prime Minister of the former Yugoslav republic of Montenegro in order to, among other things, prevent that country’s membership in NATO. Three Euroskeptic Serbian parties signed similar pacts with Putin’s ruling party, as did other political parties throughout the Balkan region.

This is all brought on by Putin’s loss of control over Ukraine, his annexation of Crimea, his invasion of eastern Ukraine, and the economic hit to Russia from US and EU sanctions and the effects of the Magnitsky Act on Putin and his court. This is “special war“, and the way it’s tearing apart the West makes it seem as if Ian Fleming’s SPECTRE wasn’t so much fiction as it was a glimpse into the future.

Flynn now stands convicted of lying to the FBI. The indictment to which he pled guilty establishes that Flynn lied to FBI agents on January 24, 2017.  Specifically, he lied to the FBI about whether he asked the Russian Ambassador to not retaliate or respond to the imposition of sanctions by the Obama Administration arising out of Russian hacking and interference with the 2016 election, and that Kislyak had agreed to do so; that Flynn lied to the FBI about whether he asked Kislyak to delay or defeat a pending resolution in the UN Security Council, or that Kislyak told Flynn what Russia’s response was to that request. It is a violation of the Logan Act for private citizens to enter into negotiations with foreign governments over US relations.

Let’s now examine how karmic this all is. Here is Michael Flynn – convict – in July 2016 at the Republican National Convention.

We do not need a reckless President who believes she is above the law.

Lock her up. That’s right. Lock her up. I’m going to tell you what, it’s unbelievable; it’s unbelievable. Yes; I use — I use #neverHillary; that’s what I use. I have called on Hillary Clinton, I have called on Hillary Clinton to drop out of the race because she, she put our nation’s security at extremely high risk with her careless use of a private e-mail server.

Lock her up. Lock her up! You guys are good. Damn right; exactly right. There’s nothing wrong with that. And you know why; and you know why? You know why we’re saying that? We’re saying that because if I, a guy who knows this business, if I did a tenth, a tenth of what she did, I would be in jail today. So — so, Crooked Hillary Clinton, leave this race now!

We are just beginning. I promise you, I promise you that Donald Trump, Donald Trump knows that the primary role of the president is to keep us safe.  He recognizes — he recognizes the threats we face and is not afraid to call them what they are. Donald Trump’s leadership, decision-making and problem-solving abilities will restore America’s role as the undeniable and unquestioned world leader.

He will lead from the front, not from behind. He will lead with courage, never vacillating when facing our enemies or our competitors; and he knows, he knows that the advantage — Donald Trump knows that the advantage in life, in business, and in wartime goes to the competitor that does not flinch and does not broadcast his game plan. He, Donald Trump, will execute the fundamental tenet of peace through strength and there will be, and there will be no apologies for our American exceptionalism or leadership standing around the world.

That didn’t age well, convict. Flynn’s agreement to this guilty plea is likely to be part of a deal struck with Special Counsel Mueller’s team to provide useful information, evidence, and testimony against others in the Trump campaign, transition, and White House.