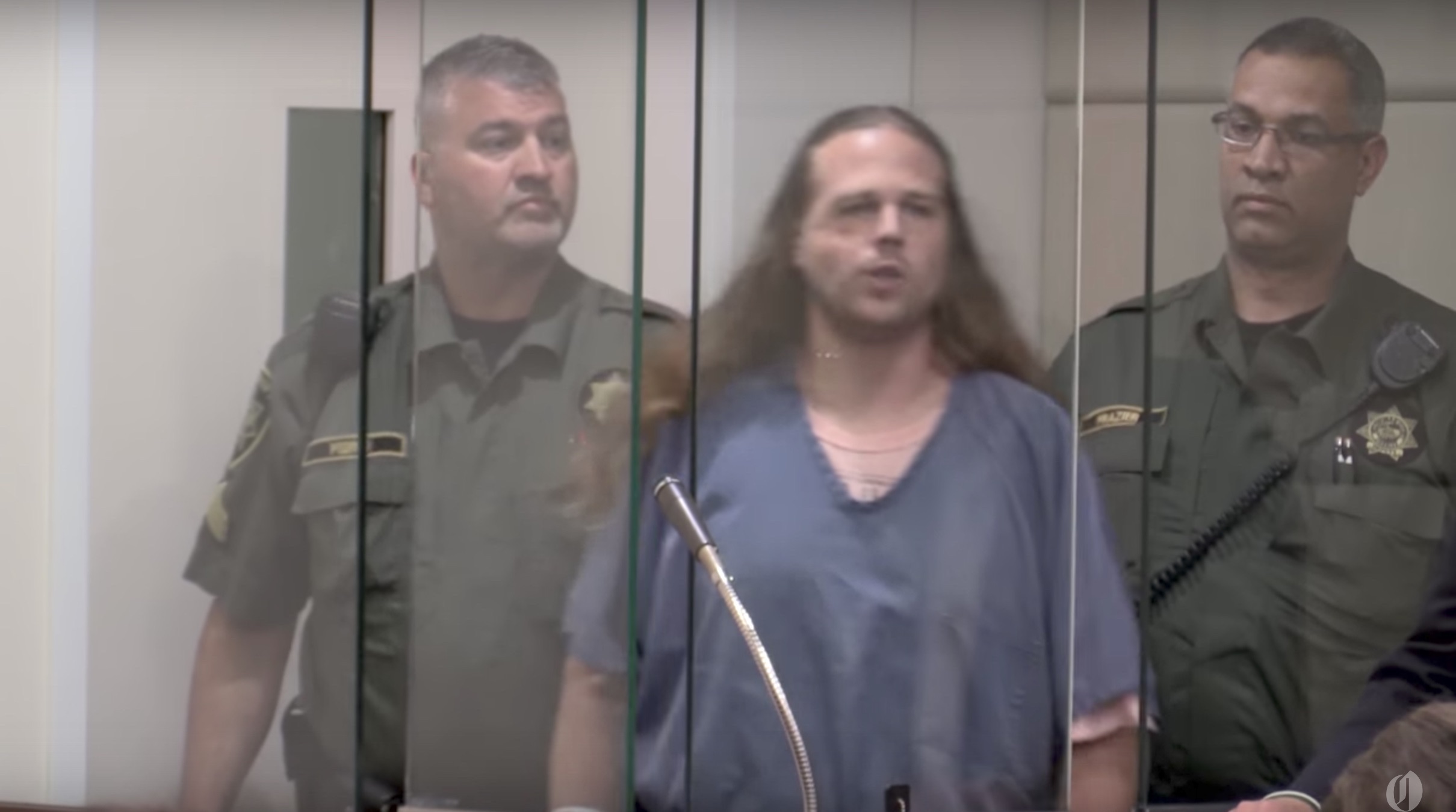 Kathy Griffin, best known for directing homo jokes at Anderson Cooper every New Year’s Eve, and who plays club dates most of the remainder of the year, is a comedian about whom few people think. An image of her holding a fake severed head of Donald Trump caused a furore yesterday. She claims she was trying to do comedy, and went over the line. Clearly she crossed it – joking about murdering the President is never funny.

It is never funny or appropriate. At best, it’s tasteless. At worst, it could get you a visit from the Secret Service.

But I don’t spend a lot of time thinking about or seeing Kathy Griffin, so I’m not going to pretend like I care, beyond what I wrote above.

What I want to focus on instead is something that happened in Oregon.

Last weekend, a man stabbed three men, killing two, on a commuter train. The killer had been harassing two African-American girls, one of whom was wearing a hijab. The victims stepped in to ask the man to shut up and leave the girls alone. The killer, it turns out, is a big fan of the idea of a white ethnostate called “Cascadia”.

At a right-wing “free speech” rally held on April 29th, the killer had shown up, yelling “Hail Vinland!” and giving the Hitlergruß hither and thither.

At the park, a Trump supporter carrying a baseball bat (quickly confiscated by police) tried to fight people, and yelled “fuck all you n****rs.” He’d later give the Nazi salute.

The Portland Mercury has pictures, video, and excerpts from the killer’s social media showing his outspoken hatred for Jewish people, black people, and a variety of other types of people. The killer was a devotee of terrorists Timothy McVeigh and Anders Breivik, and was a Hitler enthusiast, too.

In the squad car after his arrest, the killer said,

“I told him, ‘You ain’t gonna heal punk,'” Christian said, according to the affidavit. “And he still wants to put his hands on me. Die bitch. Fucking die. Stupid motherfucker. That’s what liberalism gets you.”

The killer was arraigned Tuesday, and had an outburst in court.

“Free speech or die, Portland. You got no safe space. This is America, get out if you don’t like free speech. You call it terrorism, I call it patriotism,” he continued. “You hear me? Die.”

I have a much bigger problem with Jeremy Christian than with Kathy Griffin. In her tasteless picture, Kathy Griffin hurt nothing except people’s feelings. Jeremy Christian stabbed in the neck three men who stepped in to try and stop his racist outburst. He did it – by his own admission – because “that’s what liberalism gets you”. The Jeremy Christians of the world, who suddenly feel empowered and emboldened to harass black girls and kill in the name of “free speech” and “patriotism”, are a clearer and more present danger than tasteless comedians. Similarly, I have a much bigger problem with the Niagara Falls Nazis than with what some edgy B-list comic might have to say.

Which brings us to this:

If there is a shred of integrity left in Hollywood or the media, Kathy Griffin will never work again after this disgusting, disturbing act.

I went to look and see whether Mr. Langworthy had Tweeted anything to denounce the murder of two men – and the assault of a third – who were attacked because, “that’s what liberalism gets you”.

I looked to see if he had any words to reject or condemn the murder of two men who stepped in to protect two innocent women from a racist, bigoted attack.

Right wing media are replete with literally hourly attacks on “liberalism” as un-American, supportive of terrorism (especially jihadist terrorism), and otherwise in opposition to our values or our nation. It has been a constant drumbeat for decades – liberals were attacked in the 70s and 80s for being Sandinista or Soviet stooges.

How did the Portland killer become radicalized? What about the guy who murdered Richard Collins, III? How did Charleston terrorist Dylann Roof become radicalized? According to the Anti-Defamation League, right-wing white supremacist terrorism is as great a threat as jihadist terrorism, yet I don’t see Nick Langworthy wringing his hands over the apparently racially targeted murder of a black Army lieutenant by a kid who spent a lot of time wanking to the hatred on an “alt-reich” white supremacist Facebook group.

It seems as if something has happened in this country over the last few years where white supremacy has become normalized, as incidents – mostly non-fatal – seem to pop up every week. The radicalized alt-right has a friend in the White House, and to that extremist group, any violence is justified against blacks or Muslims or “that’s what liberalism gets you”. Fascinating that Nick Langworthy has a bigger problem with Kathy Griffin than with the targeted murder of liberals by a fan of Mr. Trump’s. The latter seems like a much bigger problem than what some washed up comic did in a photograph.