Fisking Paladino’s Missive to Board Colleagues 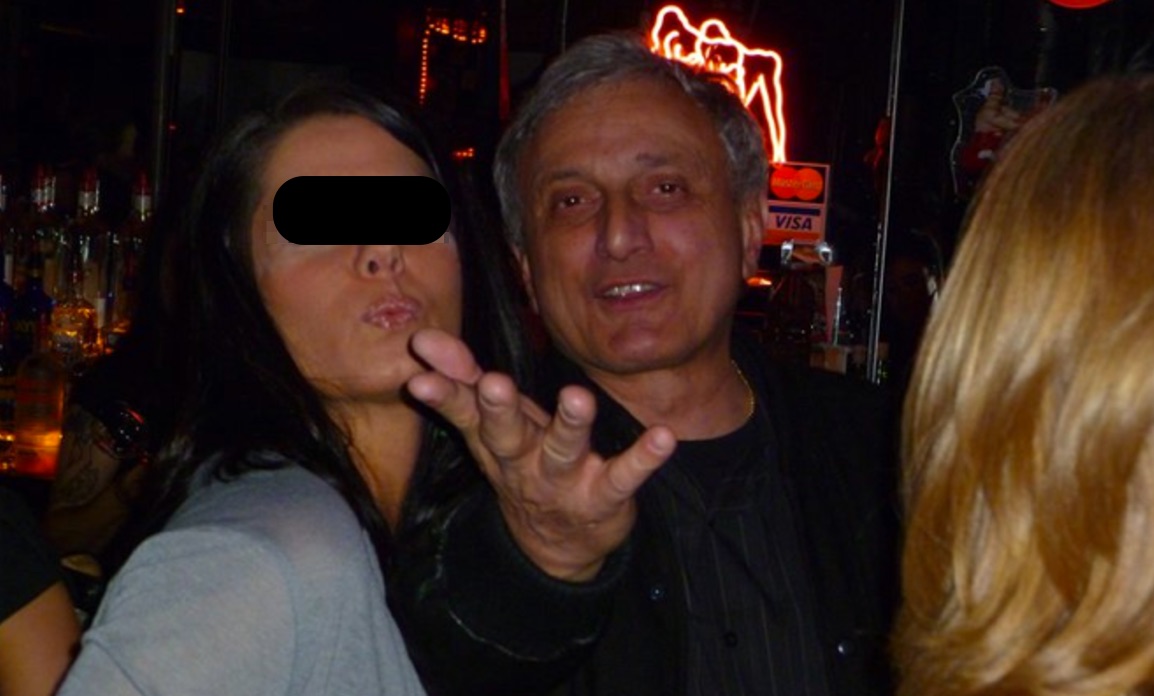 Prominent local bigot Carl Paladino sent an email to three of his Buffalo school board colleagues – Jennifer Mecozzi, Paulette Woods, and board President Barbara Seals Nevergold. It was hilariously condescending, but more importantly underscores the fact that he doesn’t have the courage to speak to these women in any way to their faces – he takes to email to hector and lecture them, accusing them of collusion, ethical lapses, and corruption.

That’s what bullies do. The problem is that these three strong women – who are duly elected members of the same public board as Paladino – are having none of it. So, hypothetically, let’s imagine that the recipients of this childish rant took the time and effort to actually respond to this semi-literate missive from this malignant personality. Paladino’s text is quoted.

Why can’t he even exert the effort to type first names, never mind address fellow Board members with respect?

Jennifer, I believe that you and Paula…

Who is Paula? How disgraceful is it that you have served on the Board with these individuals for a year AND STILL CAN’T BE BOTHERED TO LEARN THEIR NAMES?

…are a disgrace to the citizens of the City who put you in office to do the right thing for all of the children, including all of the minority children of the City.

Racist guy who wished President Obama dead and called Michelle Obama a male ape just told minority women that they are a disgrace to minorities? YES.

I feel you participated in a reckless and incompetent collusion with others in the approval of a $1.5 Billion Teachers contract without any knowledge of the financial impact on the budget of the BPS

District officials estimate the contract will cost about $98.8 million over its three-year term. What is it with you Trumpists and alternative facts? Are you suggesting that we didn’t attend the executive sessions where all of this was fully explained to the Board? You know – the sessions which, with conscious and deliberate intent, YOU VIOLATED CONFIDENTIALITY RULES by publishing their details in an Artvoice article? An article that is now the subject of a petition for your removal? WAIT a minute! WE WERE THERE! You said so in Artvoice!

You deliberately marginalized the opportunity for Larry Quinn and I to have transparency at the approval meeting.

*Quinn and me, but OMG REALLY? You and Larry were marginalized? You don’t know the meaning of the word Carl.  This is how is works on a Board, you know MAJORITY VOTE prevails.

You knew that the terms were not what had been authorized in earlier discussions.

Authorized by whom? The Superintendent was authorized by the Board to negotiate a contract, and the terms were fluid, as they should be in the negotiation process.

You had no qualms about voting for a rigged contract which you knew had been rigged.

Carl, your tinpot Infowars conspiracy theories are laughable. Rigged by whom? Are you implying that our votes were bought? Your paranoia here further calls into question your ability to serve on a public board.

You and the others deserve no respect from the people of Buffalo.

Are you lecturing us about respect? You? A vile racist, misogynistic, hate mongererer? That is precious.

You breached your fiduciary responsibility to the children.  The News reported a $10 billion deficit.  Wrong.

Hey, Carl, stop trying to copy your cult leader, Donald Trump. He does all of this better than you.

The BPS presently has a $32 million deficit. What happens then?  Who bails us out?

The BPS wants to cover part of the deficit with a major part of our $63 million in unrestricted reserves, which will be fully depleted next year. You appeal to your base while, all the while, you are well aware that the reserves were earmarked for this eventuality. There will be increased state and city funding. You are an alarmist banging the drum of your political agenda. The costs will be evened out with increased funding and decreased spending. Just like every major organization with a large budget, projections must be made without all available information and are, at best, educated guesses. It is a risk/cost/benefit analysis that was made and propagated by the CFO.

The mayor said that he would not support or sign a contract that he did not know how to pay for.  Such stupidity has no place in responsible government.  Why should he bail out such stupidity?

The Mayor will invest in the future of this city: its children.

Maybe your fellow tea party cultists playing under the confederate flag fall for this garbage, Carl, but educated people research and think before drawing conclusions.

You are clueless as to the gravity of your actions.  If you had any sense of responsibility to the people of the City and our students you would tell them and the authorities how you were co-opted into that irresponsible collusion. You say you believe in transparency but you voted on a contract that had no public exposure before the vote.  You didn’t want to hear any comment on the one largest issue you will ever face on the Board.

Oh, that’s rich. Carl, let’s talk about responsibility. Before you start lecturing us on our “sense of responsibility” let’s spend some time talking about yours. Do you understand what the word “responsibility” even means? It’s “the state or fact of being accountable or to blame for something”. Oh, my…can you even begin to take responsibility for your actions and decisions while elected to the Board?

You have a responsibility to your constituents – over 70% of whom who are black, brown, and other minorities. Your responsibility as an elected official extends into your public comments and persona.

…followed the leadership of the arrogant and condescending Hope Jay…

That’s just textbook projection. In CarlSpeak, “arrogant and condescending” when describing a female means she’s educated and confident; not afraid to stand up to you. You can’t take it. There’s no room in Carl’s world for women whose opinions don’t jibe with his own.

…an admitted hopeless union oriented devotee who thinks her obligation to Phil Rumore, Richard Lipsitz and the others who supported her campaign comes before her obligation to represent the people of the City of Buffalo.

Your attempt to fashion a pun out of your opponent’s name is trite and childish, and other than that you hurl accusations around like they’re racial epithets. Your speculation is hilarious – you couldn’t possibly know what Hope Jay thinks, Carl.  After all, you’re too much of an unprofessional coward to actually to speak with her or any of the other Board members who don’t blindly follow you.

She lacks basic ethical and moral responsibility to her constituency…

You know how they say the apple doesn’t fall far from the tree? Maybe Google Hope Jay’s father, who was a champion of ethical and moral responsibility. They’re traits that she takes very seriously. Now Google yourself, Carl, and see what a national laughingstock you are. You’re Buffalo’s most prominent black eye.

You and Paula were her lackeys.

LOL “Paula”. It’s funny how you think women can’t possibly have their own minds or make their own independent decisions. Par for the course for a misogynist who sees women only as sexual objects.

Karma is a great concept, Carl. You should learn more about it, but that would entail opening up a firmly closed mind.

You are not dealing with neighborhood buffoonery any more.

Once again, your disdain for your constituents shines brightly. Housing and civil rights are mere “buffoonery” to this little man.

This is adult big boy stuff…

OMG, it’s big boy stuff?!  I mean, who the hell let these uppity women out of the kitchen, and allowed us into the boardroom with you big boys? I mean, what the hell, we little women – elected officials and all making decisions – it’s so crazy!

…and involves hundreds of millions of dollars and the lives and futures of thousands of forgotten minority children.

Yes, Carl, you sure did forget the minority children when you called for President Obama’s death and for the former First Lady to turn into “Maxie the Gorilla” and live in the “outback of Zimbabwe.”

You did something wrong to take care of the teachers and set president for other unionized employees.

What did you do for the kids and all the programs we talk about like lowering class sizes, expanding Emerson and other criteria schools which are now at risk because we can’t pay for them?

That mantle of martyrdom doesn’t quite fit, Carl. It’s too big. The world sees through you, Carl Paladino. We won’t rest until the people of Buffalo – and especially the pupils in the Buffalo schools – get the justice and leadership they so desperately deserve. We hope that’s clear enough a reply for you. We’re not your little cult followers, and we’re not some little women who will just dummy up when you try to intimidate us. We know what you are. You don’t frighten us; we’re not afraid of you.