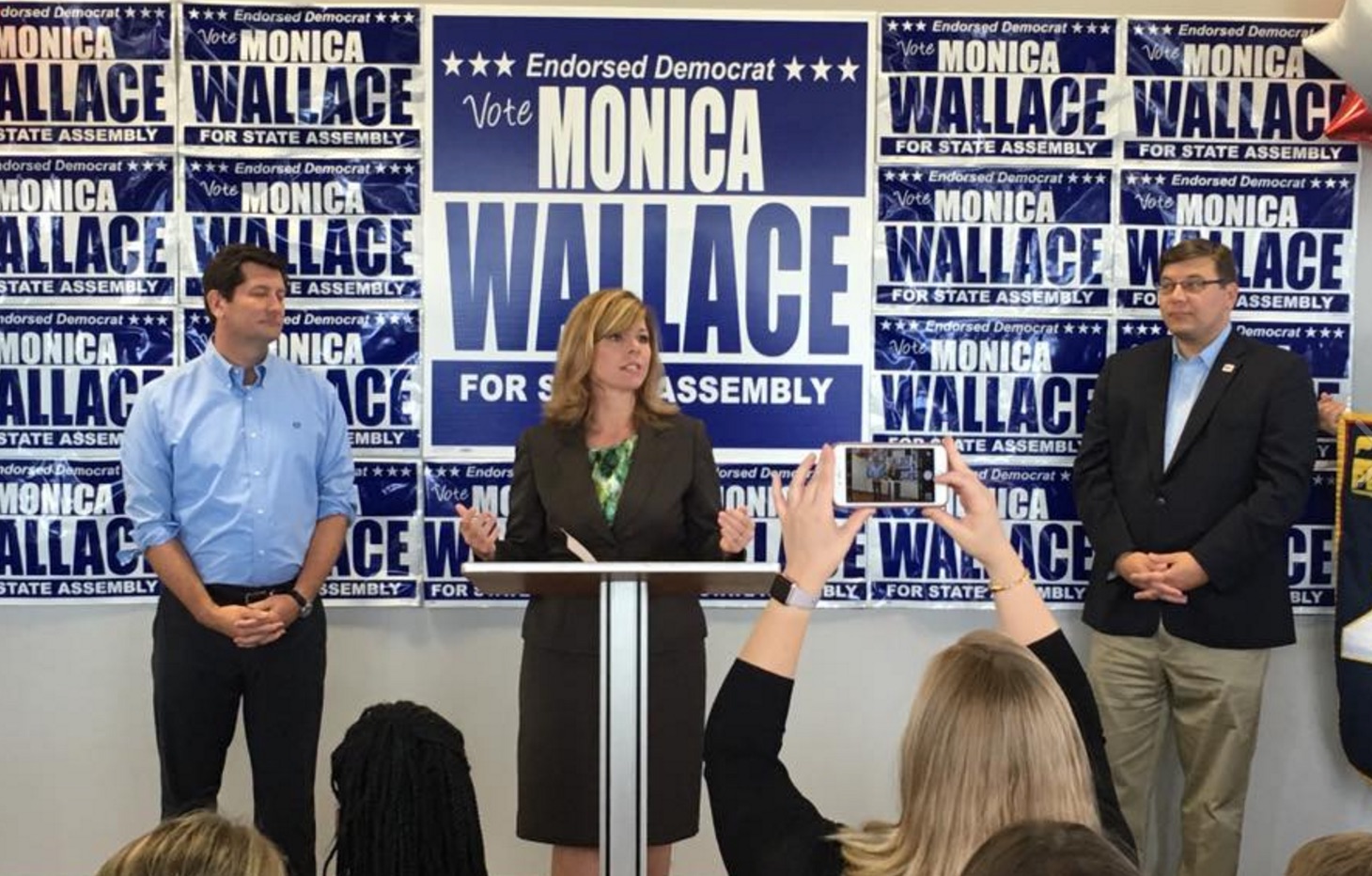 The defeat of Mazurek, Flaherty, and Coppola don’t just mean triumph for Wallace, Flynn, and Small. Erie County Democratic Committee Chairman Jeremy Zellner and his party apparatus were also big winners last night. The 2016 primary saw the utter collapse of the Steve Pigeon faction, which goes to show you that nine felony indictments count for something.

Political newcomer Monica Wallace absolutely humbled “Crybaby Kristy” Mazurek by a gaping margin of 76 – 24%. This was a colossal blowout, and was the centerpiece of this year’s defeat of Pigeonism. Wallace – who has never been involved in party politics or factional squabbles – came to this race with an appeal to ethics, good government, and restoring trust in Albany after the previous two Assemblypeople left office in disgrace.

Mazurek tried to ride that same road, but it was an impossibility. For that district, capability and integrity matter more than ever, but she instead ran on her family name and ethnic identity, glossing over her many problems by blaming her illness, or how mean her opponents are. Yet she and her treasurer couldn’t – or wouldn’t – competently navigate campaign finance requirements, and Mazurek has $30,000 in federal tax liens, which she never addressed or explained to voters. In a year where ethics in Albany is a big deal, she revealed herself to be Steve Pigeon’s power of attorney for matters arising out of the sale of his downtown apartment. In the end, her surname and ethnicity couldn’t compete with a mild-mannered, soft-spoken, multitasking mom, wife, lawyer, teacher, and taxpayer.

By the way, Mazurek claimed she ran a relentlessly positive campaign. False. Mazurek attacked Wallace for not giving up enough time for public or charitable service. Working for a federal judge is defined generally as “public service”.  Not only did Kristy Mazurek lose by a huge margin, her brother and sister-in-law lost their Cheektowaga committee races. Not at all a good day for that family. Kristy Mazurek is unqualified to be anywhere near elective office, and the voters knew it.

I hope that all of Mazurek’s and AwfulPAC’s victims from 2013 enjoyed a chilled glass of something bubbly last night. You deserve it.

This year was – what, the tenth (?) time Al Coppola tried – and failed – to return to the State Senate, where he served from February 2000 – January 2001, after winning a special election to replace Anthony Nanula, and then subsequently lost the primary to Byron Brown. He’s well-liked in some corners of Buffalo’s West Side, but the Senate District is more than just one neighborhood. Parkside community activist Amber Small raised an impressive amount of money, ran a professional and competent race, won herself – after much delay – the endorsement of the party hierarchy, and soundly defeated Coppola 67 – 33%.

Small’s real challenge comes over the next six weeks, as she goes up against multi-millionaire Chris Jacobs, who overwhelmingly defeated his own perennial candidate, Kevin Stocker. The margin of victory in that Republican primary was Mazurekesque in its decisiveness. Jacobs and the state committee, however, revealed that they will not play nicely – they will be relentlessly negative and lie if they have to. Jacobs and the Republicans spent ridiculous amounts of cash on radio ads slamming Stocker and accusing him of corruption and criminality. They even slammed Amber Small in a last-ditch effort to harm her and lift up Coppola. It became quite clear that Jacobs is afraid of going up against Small. She is young, smart, a political newbie, and enjoys a pretty wide enrollment advantage. If Jacobs and the GOP are willing to lie, accusing Small of campaign finance irregularities that don’t exist, they’re going to make October very ugly.

John Flynn defeated incumbent acting District Attorney Michael Flaherty last night 45 – 40%. Mark Sacha earned 14% of the vote, as well, which means the anti-Flaherty vote was pretty overwhelming. Flaherty wasn’t incompetent, and he indicated a willingness to address election law crimes by prosecuting alleged vote fraudster Rus Thompson. But Flaherty didn’t show any willingness to go after public integrity overall. For instance, Mazurek’s own campaign finance disclosures were an absolute shambles from day one. Investigate that – Mazurek’s finances were being handled by people with years’ worth of experience, yet the newcomers were the ones who followed the law.

Democratic Headquarters pulled out all the stops for John Flynn, and their efforts paid off. They got their message out, they got their vote out, and Flaherty’s campaign was being run by people who have a blood feud going with Zellner’s HQ – Jim Eagan and Rich Horner, to name a couple. They went so far as to hijack a “Flynn for DA” URL to redirect to Flaherty’s website, and stuck a crime victim in front of a camera to politicize her brother’s murder.

With their ringleader under indictment and further investigation, the Pigeon faction of nominal Democrats is in dramatic decline. The money spigot has been largely shut off, the patronage jobs have dried up, the friendly vendors, consultants, and hangers-on are exposed as incompetent, and left high and dry. The hacks who relentlessly puff people like Mazurek, Stocker, and Coppola are left embarrassed.

What’s left of the Pigeon forces’ efforts this year weren’t just about trying to defeat the HQ-endorsed candidates so they could crow about how ineffective Jeremy Zellner is, and how he should go back to fetching coffee for the big kids; their efforts were supposed to bring about a competitive race for the county party chairmanship. There might be a race, but it won’t be competitive.

Three great Democrats defeated their insurgent opponents last night, and all of Bob McCarthy’s yellowed, Pigeon-fed, hand-wringing columns about Zellner’s youth, inexperience, and ineffectiveness will have to be filed away once and for all.