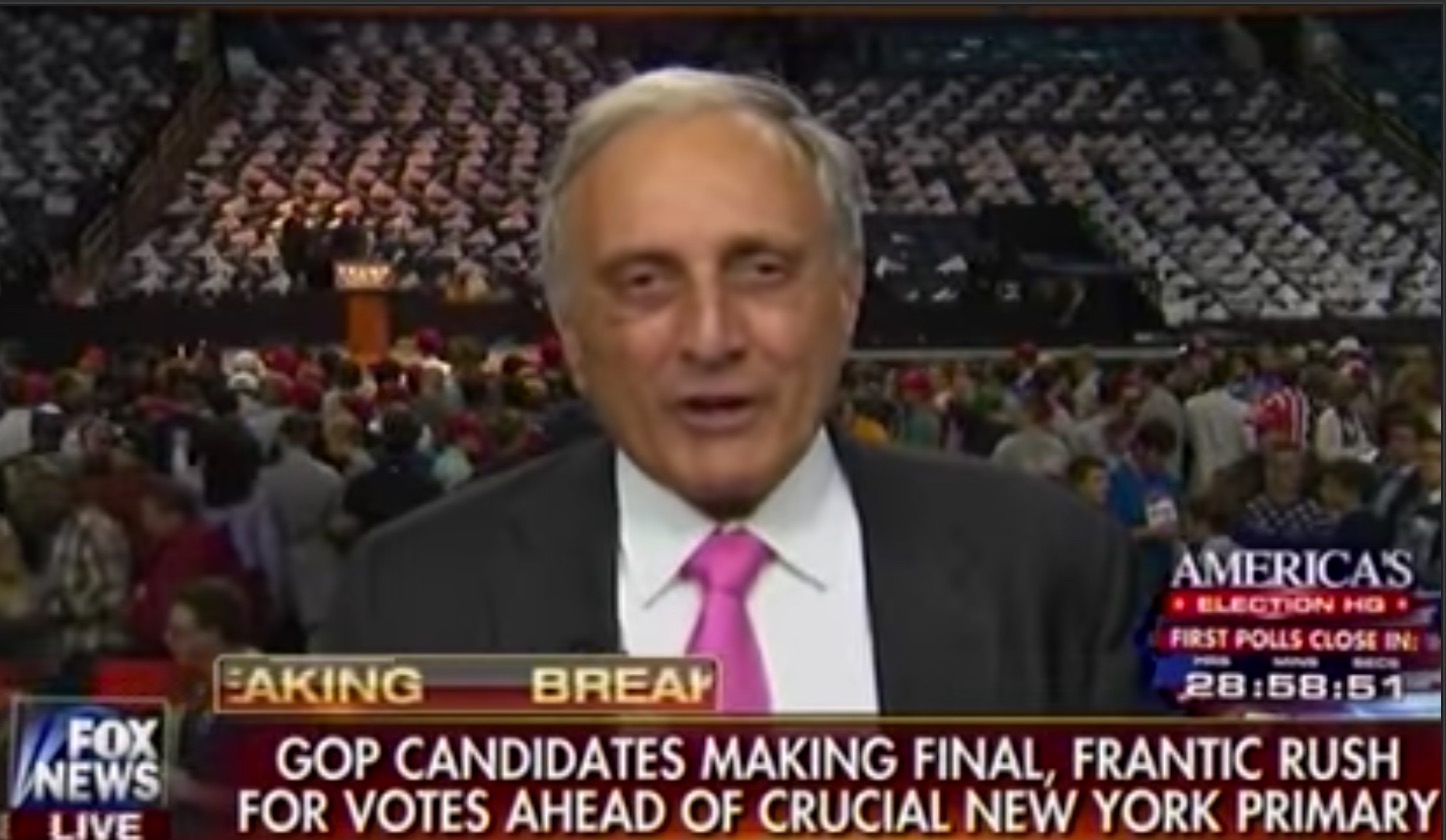 “Carl being Carl” means threatening Republican delegates. The Hill reports that Carl Paladino casually calls for the hanging of people with whom he disagrees, and throws the word “treason” around a lot.

Stefani Williams, a vocal member of the Free the Delegates movement, told The Hill that Carl Paladino sent a menacing email in response to her pitch to the convention’s credentials committee. Paladino serves on that committee.

“You should be hung [sic] for treason Stefani. There will not be a Republican Party if you attempt to replace Trump. I’ll be in your face in Cleveland,” Paladino allegedly wrote, according to an email that Williams shared with The Hill.

“I was pretty taken aback that a delegate, for one, and a member of the credentials committee would send such a nasty, threatening email,” Williams told The Hill.

“There have been some less-than pleasant emails I’ve received from delegates, but this was the top.”

When reached by email Thursday, Paladino didn’t deny that he had sent the message.

“What the person was proposing is to encourage violation of the rules of the Republican Party under which Donald Trump rose legally to be the presumptive candidate,” Paladino wrote in an email to The Hill. “The person is being treacherous to the party in doing so and as such the colloquialism is appropriate and if the person’s underwear is all bunched up over his or her sensitivity to my reaction then tell the person if he or she can’t take the heat of what he or she dished out, then get out of the kitchen.”

What Carl Paladino – a Trump surrogate and local developer with ties to myriad political figures – is saying here is that it’s perfectly normal and reasonable for him to call for the hanging of someone with whom he disagrees. For Mr. Paladino – a former and possibly future candidate for statewide office, and a current trustee on the Buffalo Board of Education tasked with overseeing a troubled school district made up of young people – disagreements over the arcana of internal Republican convention rules should be resolved through threats of murder.