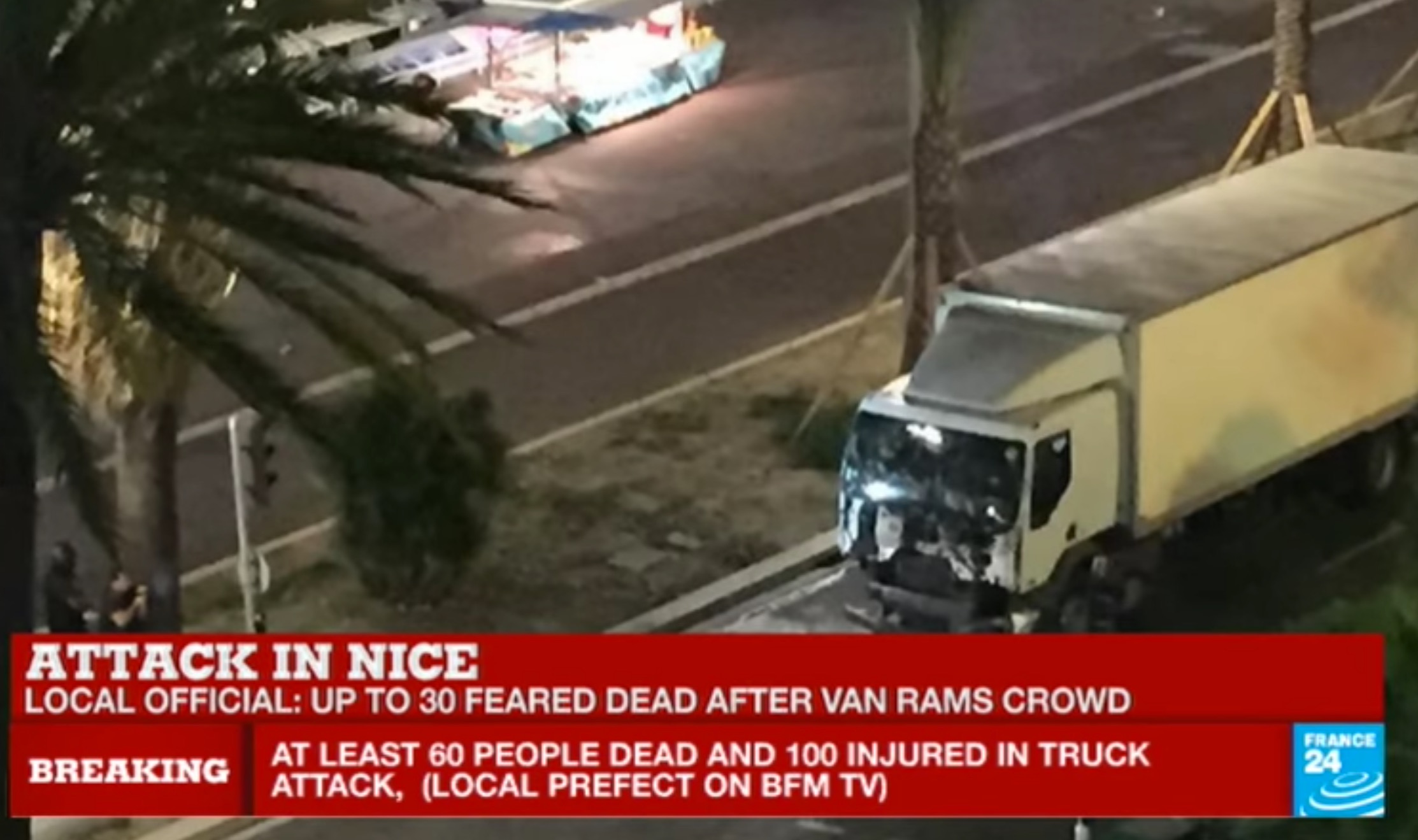 I don’t really have a hot take for you in response to the news of yet another terrorist mass murder in western Europe. These attacks are horrific for their randomness, their senselessness, and their carnage. It doesn’t matter if it’s a pressure cooker bomb in Boston, a truck in Nice, an AK-47 in Paris, or a bomb in Istanbul or Baghdad – terrorism is not a new phenomenon, and hysteria is not a reasonable reaction to it.

People who follow Donald Trump cheered his call for a “declaration of war” against ISIS or “radical Islamic terrorism”. Some took to Twitter last night to insist that President Obama doesn’t have the “will” to win a war against ISIS, and should ask Congress for a declaration of war, just like FDR did in December 1941.

But ISIS isn’t Nazi Germany. It isn’t a real state with a real army. What happened in Nice wasn’t an act of war by one army attacking another. This was a slaughter of innocent people by mass murderers. You cannot declare war against jihadist intent. You cannot firebomb Paris or Brussels and slaughter millions in order to also get the bad guys. In fact, declaring war against ISIS plays right into that group’s hands, as it lends them the legitimacy they so deeply crave.

It bears mentioning here that ISIS is losing in Syria, is losing in Iraq, and the ISIS jihadist fad is on the decline. Living in a brutal, totalitarian, merciless, homicidal pseudo-“caliphate” may sound appealing to a bored kid in the banlieues, but getting vaporized by a drone strike doesn’t hold the appeal for disaffected French North African millenials it once did.

ISIS is a death cult attracting unemployed, disaffected Arab youth from Europe much like Charles Manson attracted unemployed, disaffected upper-middle class hippies in the 60s. The only thing that can be done is to invest more heavily and improve our electronic surveillance and expand our efforts to infiltrate these groups in order to improve our ability to predict where and when these will happen. Nothing we do – or refrain from doing – in the Middle East will stop these attacks in the West, which are perpetrated almost exclusively by citizens of the very countries being victimized.

These attacks are happening in Western Europe because those nation-states have almost no history or tradition of assimilating immigrants. Places like France were once homogeneous; never a melting pot of nationalities like the United States. We are far better at avoiding this because we have wider, better experience welcoming and assimilating people from different religions, ethnicities, races, and cultures. Not so for European nation-states.

No wall will keep out a kid of Tunisian extraction with a French passport. No declaration of war will halt a bunch of Algerian twentysomethings from slaughtering concertgoers in the name of some perversion of religion. The unique social, national, and economic situations among Arab immigrants from former colonies in once-ethnically homogeneous European countries have no analogue here. The US should certainly be at the lead in this fight against jihadist terrorism, but by no means should we overreact or hand these murderers the propaganda victories they so desperately want.