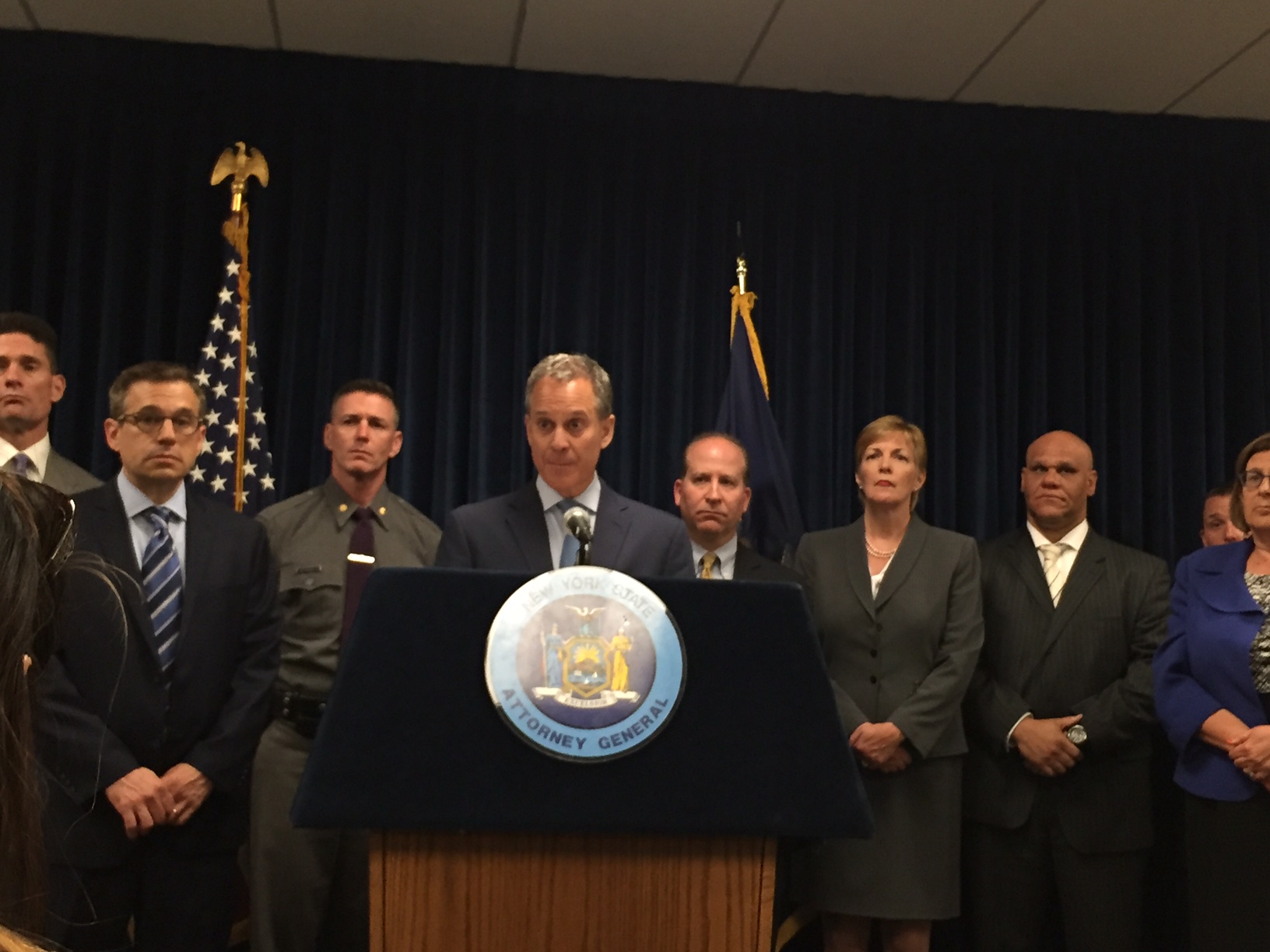 Schneiderman expounded on the charges against Pigeon, and provided some more detail about underlying facts of the case, and Pigeon and Michalek’s allegedly corrupt relationship. Notably, a representative from the FBI confirmed that there also exists an ongoing, parallel federal investigation into Mr. Pigeon’s dealings – an investigation that hasn’t yet brought about any charges. Mr. Schneiderman also would not confirm or deny whether a special grand jury was considering any additional charges, but confirmed that the investigation is “ongoing”. He would not comment on whether any additional charges might be brought arising out of the underlying election law violations that gave rise to this investigation in the first place.

Mr. Schneiderman would not identify the owner of the Sabres’ box Pigeon invited Michalek to use, nor would he identify the receiver from whom Pigeon demanded a “kickback”, because that person, in the end, was a victim himself. Schneiderman did let slip that this attorney had only been practicing law for a short time. A review of approved Erie County court receivers finds Mr. Pigeon is listed.

The violation of public trust was something about which Mr. Schneiderman was obviously angry, and he said that every American should be outraged by these allegations. He said he believes in laws and in an independent, impartial judiciary, and that it is offensive to every American when a judge sells his office for cash and benefits. As to Michalek’s misdeeds, the Office of Court Administration has begun looking into cases that were assigned to him, and dealing with any evidence of impropriety through its own process. Mr. Schneiderman described the “scheme” concocted by Mr. Michalek and Pigeon as, “extremely disturbing” and “un-American”.