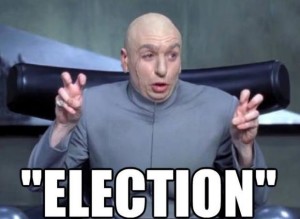 Thursday was primary election day, and the overwhelming winner was “staying home and not voting at all”. For the very few of you who are superprime voters and eagerly traipsed down to your local school, nursing home, fire hall, or church to vote, your choices were limited and races were won in some cases by a small handful of votes.

It all came down to energizing one’s base of support and getting that small superprime vote out.

Buffalo/Fillmore: We won’t have Joe Mascia to kick around any more, as he garnered just over 100 votes – someone on Twitter remarked that he didn’t realize that Mascia had that many family members in the district. Chalk up another loss for his comical spokesman. The win goes to incumbent David Franczyk, who only needed 490 votes to win.

Buffalo/Masten: Congratulations to Ulysses Wingo, who will have the coolest name in the Common Council.

Erie County Family Court: On the Democratic line, the Republican candidate garnered more votes than the Pigeon crowd’s candidate, Michele Brown. Congratulations to Kelly Brinkworth for that blow-out. Freedman has every other line for the battle in November.

Cheektowaga: A mixed bag, as the forces opposed to former chairman Frank Max won the race for Supervisor and Highway Superintendent, but lost 2/3 of the available council seats. It would be nice if Mr. Max’s group would deign to follow the rules of the New York State Board of Elections and make the proper disclosures regarding its activities.

Clarence: Huge blow-out of a win for Councilman Pat Casilio over incumbent Supervisor Dave Hartzell on the Republican line; completely lopsided win. Tough loss for town justice on the (D) line for Justin Kloss, as I’m at a loss to explain or understand how or why 87 more Democrats voted for the Republican incumbent over the Democrats’ endorsed candidate except to say: forget it, Jake. It’s Clarence.

West Seneca: incumbent Democratic Supervisor Sheila Meegan appears to have been very narrowly defeated by Christina Wleklinski Bove. Bove is a former county legislator who was an integral part of the Pigeon/Collins coup of 2009 – 2011.

Niagara Falls: Paul Dyster holds a remarkably narrow lead over Glenn Choolokian in the Democratic primary for Mayor. Only about 90 votes separate the two, with about 200 absentee ballots waiting to be tallied. Choolokian could win, but it’s mathematically unlikely.

It’s important to remind people that it’s important to get out and vote. You should aspire to be a superprime voter who gets all the calls and mailers, because it means that you – and the people who want to represent you – know and understand how important that franchise is. The alternative is no choice and no competitiveness or adversarial system, and I can tell you from experience that it’s not a good way to govern or be governed. If for some reason you’re unenrolled in any party, you may wish to re-think that, because you don’t get to participate in primaries, which can oftentimes be the deciding factor in many races.

If you’re enrolled in a major party, your vote can help direct how that organization selects candidates and the overall direction of the party and its platform. If you’re enrolled in one of the minor parties – fusion or Green – you hold disprorportionately great power, since there are so few of you out there. For instance, in Clarence, Justin Kloss secured a slot for himself in November, if he chooses, on the Working Families Party by virtue of the one vote cast in that primary.