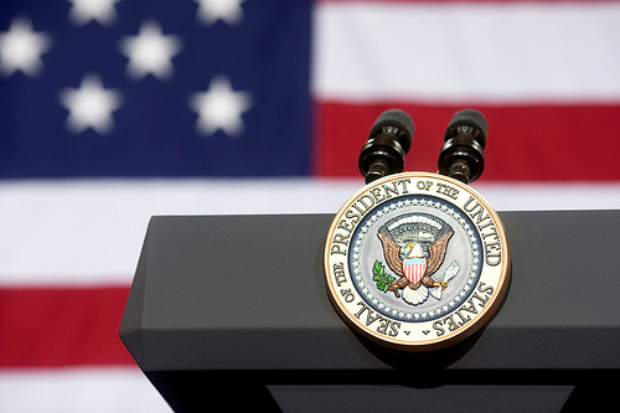 If you think Marco Rubio is too green, Donald Trump is too brash, and Jeb Bush is too formulaic, then Republicans ought to take a serious look at Niagara Falls’ own Silvia Stagg. At her website, she rolls through her resume, and adds,

Help me to save our endangered world and our precious and endangered  White Christian European Descent Race now facing Race Extinction within One Hundred Years by making me your US President!  I  require Campaign Funds (US$2,500.00-US $5,000.00) Per Person Each Primary-General Election Campaign Season to Assist my Ballot Access – Televised Debate Access.  Kindly Contact All Fifty US State Republican and/or Democratic Party Chairmans-Vice Chairmans and have me placed on all Primary – Caucus Ballots and Designated Republican/Democratic Presumptive Presidential Candidate.  The Presidential Filing Process for Fifty State Primaries-Caucus is Honorable but Expensive and Arduous and I am your only Life Extension Candidate!

So, that seems pretty reasonable. She also claims to be a “Good Gnome Individual”, which she explains,

The United States Congress authorized Silvia Stagg personally and as Owner-Permanent Senior Administrator of All Most Trusted Programsusa on/off planet to mine-clone-mint-print Currency and Coin including for the United States of America and the World for All Debts Public and Private and to Ensure the Socioeconomic Success/Stability of the Most Trusted Programs (including the privately owned/controlled Spacehubusa (and its ASAPs/Aerospace -Air Ports worldwide/on-off planet Earth)-SpaceCityusa-Moonbasesusa-Spacestionusa). Thus assuring the survival of Silvia Stagg, allowing future Good Gnome Individuals to survive and become empowered to lead society-government, and the survival of the White Christian European Descent Race, nearly driven into race extinction systematically via a history of race emasculation and disenfranchisement nationwide/worldwide by the non good gnome society/government historically in power. (Silvia Stagg is reportedly last good gnome who has been instructed since February 2002 by the United States Government to disseminate the Good Gnome into the White Christian European Descent Race (and upon brain tap-time clock inclusion study possibly some/all Minority Persons).

If Ms. Stagg doesn’t interest you, there’s Kenmore independent candidate, SEO specialist Eric Nagel. There’s no campaign presence online, but I reached out via Twitter, where he explained that he filed his paperwork “because I wanted to teach my kids (and Scouts) that anyone really can run. Democracy in action.”

Down in Jamestown, high school teacher Mark Sleggs has also entered the race as a Republican. I originally assumed it’s part of some school project for social studies or Government. The only problem is that Sleggs is a math teacher. I have emailed Mr. Sleggs and his campaign treasurer for more information.

Finally, perhaps the most significant entry into the Presidential race this year – and someone who has as much of a shot as Donald Trump – Buffalo’s own “Sydney’s Voluptuous Buttocks“.

We don’t know much about Mr. Buttocks’ platform from his website, but he posted a video of gruesome images of war with a Simon & Garfunkel soundtrack. The campaign slogan is catchy, however: “Please vote for Sydney’s Butt to be the president. After all, every politician is an asshole so what’s the difference?”

Mr. Buttocks also posted this video, which is all about “love”.

George Boria of Buffalo is the treasurer for the Buttocks campaign committee, and the Buttocks persona is his alter ego.

Boria says that, “it started as a joke. All politicians are assholes, so why not elect the entire ass?” Boria, a WNY native, has a job working maintenance at a housing development and will be attending SUNY Brockport in the Fall. He identifies himself as “left wing”, and when asked to sum up his platform, he sums it up as, “higher minimum wage, redeveloping a national science department, and cutting ties with the chinese industry to bring jobs back to the United States middle class.”

A platform not at all as silly as one might infer from the candidate’s name. When asked about that, Boria said, “No, it started out silly but developed into a real cause. I also want to see tax cuts on the upper class and bringing an end to the fast food industry by making higher education more available, free community college combined with the high school curriculum.”