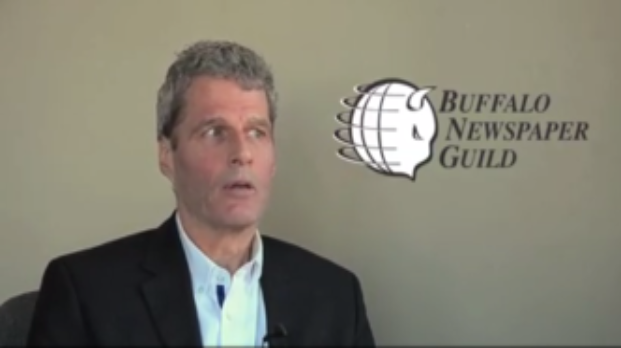 Brad Riter, David Anderson, and I recorded a podcast on Thursday over at Trending Buffalo, where we examine and discuss the recent slew of Facebook videos from disgruntled Buffalo News staffers over their contract negotiations.

Anderson took issue broadly with the entire, “we’re asked to do more with less” argument, but I reserve my ire for Donn Esmonde, who has the audacity to whine about his pay at a paper from which he took a buyout and was then re-hired part-time. I reserve my bile and vitriol for Donn Esmonde, whose ruddy Robert Redford looks and Long Island accent are as annoying and grating as his hypocrisy. Long-time readers will recall that, two years ago, Esmonde denigrated and mocked Clarence teachers for earning pay and benefits. He portrayed them as greedy bastards who should basically make what a McDonalds burger-flipper makes.

You can listen here. It’s filled with expletives. So sorry.