Everything and Nothing is Going On 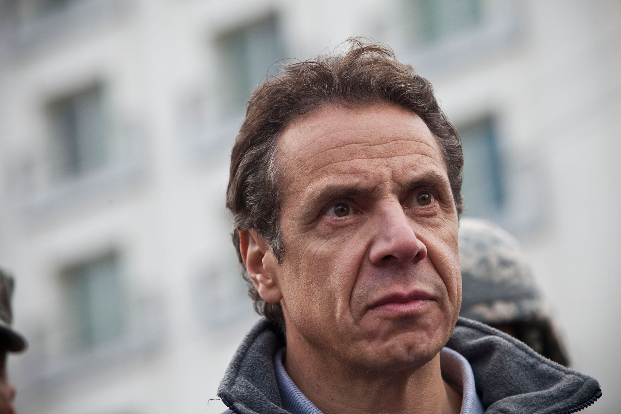 It’s been tough to come up with stuff to write about lately. It’s an odd time of year, with nothing and everything going on all at once. The stuff I usually write about is quiet – the inside baseball parade of political fumfering and failure. The stuff I generally avoid is really hot – Hillary, Cruz, Rubio, Bush, I can’t care. Not yet. In the meantime, the school budgets are being formulated and that has almost all my free attention as I work with a great team of dedicated volunteers to make sure we do right by schoolkids. Of course, there’s also the imbroglio over “high stakes” testing of whether elementary school kids are learning anything, and the idiotic war that Governor Cuomo has decided to wage on teachers, basically upsetting a long-dormant hornet’s nest, as someone characterized it to me Tuesday night.

I’m up to two (maybe three) people who are running as Democrats for the County Legislature this year who have announced, and whose press releases I’ve received. One in Lancaster/Cheektowaga, one in Amherst. I couldn’t tell you their names, what they stand for, or anything else about them. My guess is that Pigeon’s JV squad will sit this year out, seeing as how Preet’s all up in their business right now. Pigeon’s too busy calling Bob McCarthy every day and chatting him up about Hillary or how Preet’s got nothing on him, etc. To his credit, Bob’s Transcription Service, Ltd. is only too pleased to serve.

On Facebook, I’ve already seen a Hitler / Hillary comparison, so that was quick. I’m also reminded of the 2008 election and how much all the right-wing commentators had effusive praise for Hillary because she wasn’t Obama. Now, of course, she’s Satan, Stalin, and Hitler wrapped up in an ISIS flag waving over Benghazi, and a bucket of deleted emails.  Is she the best candidate the Democrats could put up? I don’t know, but never count the Clintons out. Given the state of the GOP roster so far, she should win in a walk, because Ted Cruz is a hateful demagogue, Jeb Bush is this year’s Romney, Rubio has tons of empathy for the beleaguered ultrawealthy and a healthy hatred of gays, and Rand Paul is an intemperate pseudo-libertarian. Know this: Paris Hilton doesn’t need any more tax cuts, and it’s sickening to witness families whine about paying taxes on estates valued in excess of $10 million. How are we supposed to pay for all of your guys’ wars?

I occasionally switch on Sky News on my Apple TV, and the UK is in the middle of a general election they called on March 31st, and which is being held on May 7th. By contrast, we’re talking about an Iowa Caucus process that’s nine months away, and an election that is a year and a half away. Billions will be spent on our election, voters will be treated like brainless sheep, Hillary will win, and we’ll have four (maybe eight) more years of utter nonsense. Anyone who says our system is the bestest in the whole world, ever, is not very informed.

In the meantime, my Facebook timeline is absolutely overrun with people opting their kids out of the state exams. We did not opt our 3rd grader out because exams are a part of life. I don’t have to like them, and neither does she, but if they’re there, she’ll take them. We don’t put any pressure on her, nor did her teacher. She was told it was all stuff they had already learned, and to just do her best. She came home exclaiming how “easy” they were the first two days, and she high-fived me.

I don’t begrudge parents opting out, nor do I mean them any disrespect – they know their own kids best & you do what you need to do. But in my experience, if I’m anxious about a thing, my kids are going to pick up on that and, in turn, also be anxious about that thing. If I’m ¯\_(ツ)_/¯ NBD do your best, there won’t be tears or trauma.

I understand that it’s unfair the way that Cuomo wants to evaluate teachers (see the hornet’s nest comment, above), and if they manage to legislate these tests away, good for everyone. But some of what I saw being used to advocate for opting out – whether it was tests that the parents can’t understand or don’t like, or the fact that a private company – Pearson – is involved – just wasn’t persuasive. Ultimately, I don’t like teaching a 3rd grader that it’s ok to disobey authority or break the rules. No one’s being asked to do anything untoward or outlandish – just to read a passage and answer questions, or to maybe write a short essay.

I’m not embracing the tests – I’m just not going to intervene to save her from participating in pointless, harmless nuisances because there’s suddenly a movement to do so. Finland, for instance, doesn’t do memorization and testing. Are we going to become like Finland? Not in a million years, but if that’s not the goal, then what is?

if we want young people with the competencies to innovate and make our economy more competitive, we need to model our schools after how innovation actually happens. “Teaching and learning have traditionally been conceptualized as linear, deterministic procedures,” he wrote in a paper on economic competitiveness and education. “Innovation is an organic entity. Teaching and learning in schools should rely on principles of active participation, social interaction and reflection”…

All of this school reform that’s sprung up since “No Child Left Behind” had pretty widespread support a decade ago, and few alternatives have been publicly discussed or debated beyond just going back to how things used to be. Instead of focusing on the tests, which are merely a symptom of the testing & accountability scheme, why aren’t we discussing adopting the Finnish model? Or something.

As for the “I can’t do my kid’s homework”, frankly, I should hope that education has progressed enough in the 30 years since I graduated high school that the work my kids do is somehow done differently, and something I can’t comprehend or recognize. I should hope that ways of teaching concepts has evolved over time, and that maybe my kids can teach me a thing or two.  The whole thing reminds me of jokes in Mad Magazines from the 1960s with obscure jokes about the “new math”.

I also saw articles excoriating Governor Cuomo because StartupNY has only created about 76 jobs. The Conservative Fusion Party has entered an unholy alliance with the the Working Families Fusion Party and other progressive activist organizations to demand its destruction. They’ve declared StartupNY to be a failure because it’s spent a lot on marketing, and has little to show for it.

StartupNY, however, cannot by definition add millions of jobs in just a few years. It is set up to help new and existing businesses grow tax-free within certain areas, but these companies are either small or brand-new. According to the last press release from the governor’s office, the 83 businesses that have joined the program have pledged to create over 2,000 new jobs. The program launched in 2013, and how many jobs did people expect in less than two years? If you look at the roster of companies, they’re all brand-new, still developing their product, or otherwise in transition. I know that people can’t be patient anymore, but maybe we can take a little bit of time and let this program run its course. Simply abolishing it in mid-stream, violating agreements with the schools and companies who have signed on, doesn’t seem very prudent.

But the most obnoxious, most cynical thing about this is the Conservative Fusion Party or Working Families Fusion Party demanding StartupNY be abolished and that taxes be lowered across the board. Great, guys! Considering how you’ve both been in existence for at least a decade, and how each of you purportedly vets, endorses, and runs candidates on your line who eventually win and enter government, why is it that none of this has happened? Are you so weak and ineffectual that you can’t influence your own candidates to accomplish things you agitate for? If anything, the ineffectiveness of StartupNY is dwarfed by the collossal pointless waste of the fusion system and its beneficiaries throwing shade at a Cuomo program that’s still in its infancy.

Here’s something new, though. I was recently appointed a trustee of the Buffalo & Erie County Public Library. Everyone there has been so welcoming, and I’ve learned a tremendous amount about the library system that I never before knew. The system itself, and the staff at the central branch are simply incredible. They are so knowledgable, so enthusiastic about what they do, and incredibly eager to make the library a safe, welcoming place to learn.

But the rare books – Tuesday night I attended a reception hosted by trustee Wayne Wisbaum, and library staff were present along with priceless, incredible treasures. These materials are owned by a library system in a small city that’s just starting to, at least psychically, overcome generations of decline. Yet here is an original edition of the Federalist Papers that John Jay gave to Thomas Jefferson, and in the margins of the book are Jefferson’s hand-written annotations and notes. I was inches away from it, and I could have stared at that annotation for hours, mesmerised. There were cuneiform tablets, a handwritten letter from George Washington asking for troop reinforcements, a handwritten letter from Thomas Jefferson about smallpox innoculation, a letter from Mark Twain that had been found in a first edition of one of his books, a book with incredible, intricate fore-edge art, and a unique and incredible map of the world from 1475. These are things that I had never seen, or was completely ignorant about, or had no idea existed in Buffalo before a few months ago.

Hey, at least it stopped snowing.