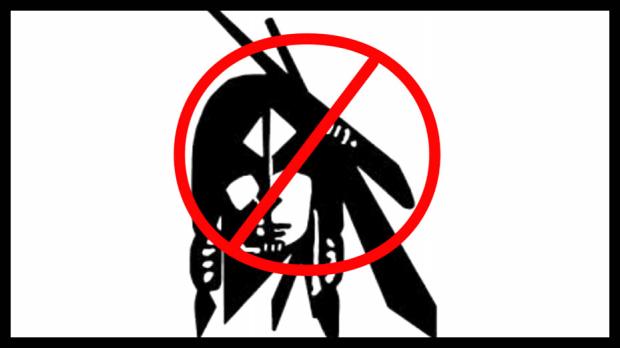 The Lancaster school board voted last night to end the use of its team mascot name, effective immediately.

Lancaster’s school board is to be commended for quickly and unanimously ending a simmering, pointless controversy over something as trivial as a team mascot. It was astonishing to watch news coverage of this event and see myriad older and middle-aged Caucasians donning the mantle of oppressed minority over this mascot issue. If you’re 50+ years old, and your high school’s mascot remains something so critically important to you that you would protest, curse, turn your back, or threaten the lives of the members of the Lancaster school board, then your life is in desperate need of a rethink.

I laid out my argument for changing the mascot name in this piece. There is no way anyone can look at the blatantly racist name “Redskins” and declare it to be what one Twitter user called a “positive racial slur” worth keeping. If any of the slurs I used above made you uncomfortable, “Redskins” should do the same.

It was also another reminder of just how utterly disgusting, ignorant, and racist WBEN has become, as a media entity. This rests squarely on the shoulders of operations manager Tim Wenger, who also runs WBEN’s social media accounts. WBEN is now openly pandering to the worst, most profane, ignorant suburban racism. No fewer than eight (one, two, three, four, five, six, seven, eight) separate Redskins-related posts were made to WBEN’s Facebook page in the 24-hour period of March 16 – 17, and you can imagine the comments on what is, on a normal day, like digital flypaper for WNY’s dumbest bigots.

The over-reaction to Lancaster’s decision to no longer use a racial slur as a team name has come to this:

Some loudmouth with no ties to Lancaster – who went to High School in Massachusetts and lives on Grand Island – is so incensed at another town’s decision to no longer defame American Indians that he hopes the town votes down the school budget and punishes the students. I mean, why not burn the whole town down, while you’re at it? That would be just as reasonable a reaction as the one Carl Paladino’s driver suggests here. It simply doesn’t get any stupider than this.

A quick scan of the comments that follow the Facebook posts linked-to above contains a fatal overdose of benighted, pretend-offended white people. WBEN was so intent on feeding the racist suburban call-in beast that it pre-empted Hannity to keep f*cking that chicken all night.

I have to try and be optimistic, and hope that the vast majority of Lancaster residents didn’t much care what the school board did with the team name. I have to figure that the silent majority of people who either agreed that the “Redskin” name was offensive, or didn’t much care, won’t do something stupid like throw away their kids’ education over this. I have to assume that the students are going to be smart and creative about coming up with a new team name that will let Lancaster be just as proud as it was as “Redskins”. Because it wasn’t the team name or mascot that generated any past glories, it was the hard work of dedicated students and coaches. Changing the team name is a win:win, because it abandons racial animus and does nothing to erase any pride people should have in whatever their high school triumphs may have been.

I don’t quite understand why ending racist slurs in school settings is considered to be “political correctness” and, thus, a negative thing. Perhaps western New York has a dramatically long way to go with respect to race relations and mutual respect.

The Lancaster school board should be commended for its brave, unanimous decision to cast racism aside. The problem remains that it shouldn’t have to be a “brave” thing to do, and I suspect the death threats have already started coming in.

Perhaps the best comment I saw on WBEN’s Facebook posts was this one, because it was as pointed as it was funny.