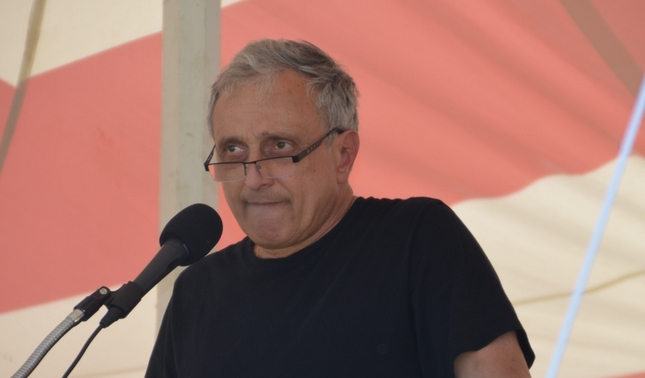 Carl Paladino loves to send emails. In fact, outside of WNY, that’s sort of what he’s famous for. Anyone who was on the email list for his gubernatorial run gets these, but this one is special.

Subject: FW: ACTION ALERT To FIRE John Boehner as Speaker of the House.

We’re off to the races, with everyone’s favorite cranky uncle Carl forwarding other people’s emails. But here, he adds his own two cents.

John Boehner is an establishment boy who was conditioned to think that you go along to get along. He’s a pro at the Washington 2 step. He was a complete bust on Benghazi never ostracizing Obama for the stand down order, the IRS, (the criminality of which just vanished in the night), the disaster of Obamacare, etc., etc., etc.

The Republican effort to turn Benghazi into a scandal is notable because it has been an utter and repeated failure. When efforts to blame the Obama Administration for lying to the public about what caused the attacks went nowhere, they pivoted to accusing the government of ordering troops to “stand down”.  That is the lie that Paladino is parroting in this email, and it’s an especially repugnant one.

The Republican-led House Armed Services Committee expressly considered and rejected the notion that any “stand down” order was issued.  Paladino is lying.

Ingrained in that carefully crafted lie is a central theme that Obama is the “other” – not “American”.  That he is so foreign in name, visage, heritage, birth, and religion that it is believable that he would have done anything short of personally ordering or directing the terrorist attack on the compound that killed four American diplomats. This endlessly repeated “Obama let Benghazi happen” lie has its roots in xenophobia and racism. It’s not surprising, then, that Paladino – who famously forwarded emails depicting the Obamas as a 70’s-era pimp and whore, Africans as apes, and an image containing the n-word – believes that the President would deliberately put American diplomats in harm’s way.

As for the IRS “scandal”, its “criminality vanished” because there never was any to begin with.

It’s time for real leadership. Send the establishment gang-led by Boehner and McConnell- packing. That is what the American people want. Grow a set balls. How could any representative of the people give any respect to a President who ordered his military to stand down and leave American soldiers on the battlefield.

All of that is [sic], by the way. I’m hard-pressed to remember an incident where Boehner or McConnell gave a whole lot of respect to Obama in the first place, but again – Paladino thinks that these two Republican Congressional leaders aren’t extreme enough.

Incidentally, the 246 Congressional Republicans held their vote for Speaker of the House on Tuesday. John Boehner won 216 – 25. Another Paladino / tea party victory.

How can any American family allow their child, father, or husband to put his or her life at risk and feel comfortable with the military leadership.

You know, the Commander in Chief is a black man. First one, ever.

Wake Washington up. If it is to be Jeb Bush and business as usual, forget about 2016.

Even a broken clock is right twice a day. If Jeb Bush is the nominee, forget it.

They want the likes of Gruber and the liberal elitist crowd to be gone from the landscape.

Gruber is the MIT economics professor who said something stupid about how Obamacare (Romneycare) was passed thanks to the stupidity of the American voter. In what way does Paladino want MIT professors whom he hates, or with whom he disagrees, “gone from the landscape”? Which landscape? “Gone” how? He was never an elected official. He’s not on any landscape, except MIT’s.

They want a strong military, respect from the rest of the world and a domestic policy that encourages achievement and is fair to all. They want leadership they can be proud of.

Our military is the most expensive thing in the federal budget. We throw money at it like there’s no tomorrow. What, exactly, does Paladino think is so weak about it? The fact that it’s been mired in two Asian land wars in the last 14 years? What part of the domestic policy discourages achievement or is unfair? Obama is well-admired domestically, and our country is respected by some, and disrespected by others, same as it’s ever been.

One thing is for sure – Americans do want “leadership they can be proud of.”

That’s why, since 2011, the title of Governor of the state of New York has been held by Andrew Cuomo.

New Yorkers know a disgrace when we see one.